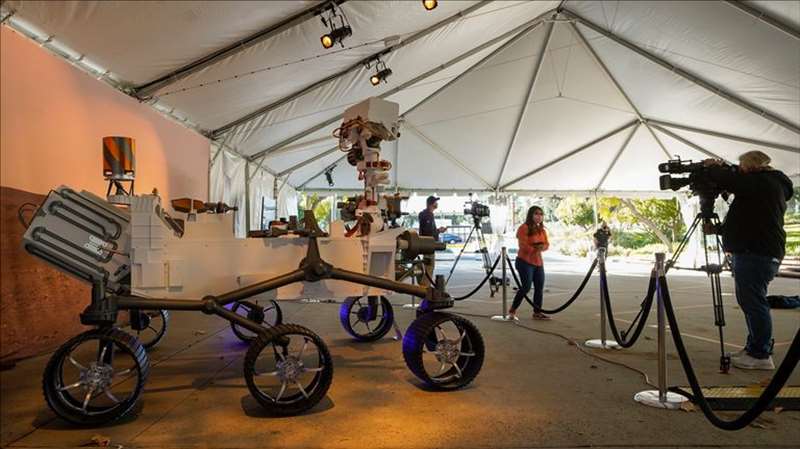 The Mars Perseverance rover should help answer one of the most fundamental questions of all: is life on Earth unique?

Even if space missions normally leave you cold, this one really does matter.

The planet is desolate now. With its thin atmosphere, Mars is cold and sterile.

But 3.5 billion years ago there was water flowing across the surface, protected by a thick atmosphere that created a far more benign climate.

And we know from Earth that where there is water, there is life.

But with a surface area of 56 million square miles, and a robotic rover with a limited range, where do you land to find evidence?

NASA has chosen the Jezero Crater, a 28-mile-wide scar on the surface that was once filled by water.

A river flowed through its western wall, bringing water from what we can assume was a large catchment.

And if life existed on Mars it would have been concentrated in the sediments in the river delta.

Mark Sephton, an astrobiologist at Imperial College, who is advising NASA on where to send the rover, describes the clay sediment as “like flypaper” for organic molecules and other signs of life.

If the water was a habitat for micro-organisms, the sediment should contain the bio-signature.

Prof Sephton has high hopes for the mission. The area being explored is the right age, with the right conditions and the right chemistry.

But finding evidence that life once existed on another planet would be such massive philosophical re-set for us that it carries a high burden of proof.

So 500g of rock and dust will be collected in the second half of this decade by another rover and returned to Earth for more comprehensive analysis.

Any life on Mars is most likely to be long gone. But if it has evolved independently at least twice in the solar system, that surely increases the odds of it existing elsewhere in the universe.