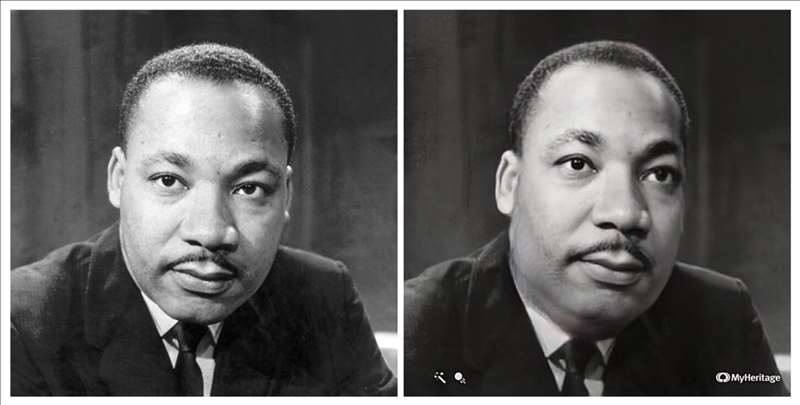 A tool that allows old photographs to be animated, and viral videos of a Tom Cruise impersonation, shined new light on digital impersonations.

To those fearful of a future in which videos of real people are indistinguishable from computer-generated forgeries, two recent developments that attracted an audience of millions might have seemed alarming.

The videos renewed attention to the potential of synthetic media, which could lead to significant improvements in the advertising and entertainment industries. But the technology could also be used — and has been — to raise doubts about legitimate videos and to insert people, including children, into pornographic images.

The creators of the viral Tom Cruise TikToks said the expertise required to use the technology makes abusing it much harder, and the company behind the photo-animating tool said it put in place safeguards to prevent misuse. Experts say the two examples are not overly alarming — but that they raise questions about the future of the technology that should be considered while it is still in its relative infancy.

“Although Deep Nostalgia itself is innocuous, it’s part of this set of tools that are potentially very threatening,” said Sam Gregory, the program director of Witness, a nonprofit organization focused on the ethical use of video, and an expert on artificial intelligence.

The digital imitation of Mr. Cruise was no easy feat. Chris Ume, the visual effects artist in Belgium who created the videos, said in an interview that they required extensive expertise and time.

Most of what you see in the videos is the body and voice of Miles Fisher, a Tom Cruise impersonator who was already fluent in the actor’s mannerisms and sounds and who bears a strong resemblance even without the manipulations. Only the face, from the forehead to the chin, of the real Tom Cruise is shown in the videos.

He spent two months training his computer model to create Mr. Cruise’s facial expressions, first feeding it video of random faces before focusing on Mr. Cruise. Mr. Ume spent about 24 hours in production for each minute-long video, fine-tuning details like the eye alignment.

Even if the technology improves, videos like his would require extensive manual work and a skilled impersonator, he said.

“It’s like a small Hollywood studio with the two of us,” he said. “It’s not something you can do at a home computer, pressing a button.”

The Deep Nostalgia tool was created for MyHeritage by D-ID, an artificial intelligence company based in Tel Aviv. Gil Perry, the chief executive of D-ID, said that the company works only with partners it can trust not to abuse the technology, and that it had a four-year relationship with MyHeritage.

Videos created using the tool have watermarks to indicate that they aren’t real, and the videos do not include audio, a decision that Mr. Perry said makes it harder to use them for unsavory purposes.

He said the technology that powered Deep Nostalgia was “just the tip of the iceberg of what we’re capable of doing.”

“The potential for the good part of this technology is endless,” he said.

When optimists talk about the possible strengths of the technology, they often point to its uses in advocacy, where it can put a face to issues and create deeper emotional connections.

But critics fear the technology will be further abused as it improves, particularly to create pornography that places the face of one person on someone else’s body.

Nina Schick, the author of “Deepfakes: The Coming Infocalypse,” said the earliest deepfaked pornography took hours of video to produce, so celebrities were the typical targets. But as the technology becomes more advanced, less content will be needed to create the videos, putting more women and children at risk.

“This will become an issue that can affect everyone, especially those who don’t have resources to protect themselves,” Ms. Schick said.

As the technology advances, it will be used more broadly, according to Mr. Gregory, the artificial intelligence expert, but its effects are already pronounced.

“People are always trying to think about the perfect deepfake when that isn’t necessary for the harmful or beneficial uses,” he said.

In introducing the Deep Nostalgia tool, MyHeritage addressed the issue of consent, asking users to “please use this feature on your own historical photos and not on photos featuring living people without their permission.” Mr. Ume, who created the deepfakes of Mr. Cruise, said he had no contact with the actor or his representatives.

But that raises a tricky question, he said: “In what cases do we need consent of the deceased to resurrect them?”

“These questions make you feel uncomfortable, something feels a bit wrong or unsettling, but it’s difficult to know if that’s just because it’s new or if it hints at a deeper intuition about something problematic,” Mr. Ajder said.