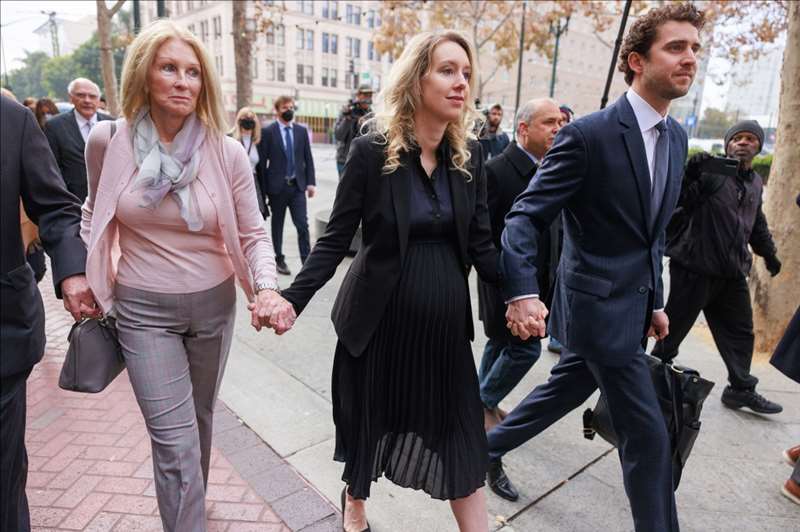 Prosecutors had alleged in a court filing last week that Holmes had booked a one-way ticket to Mexico weeks before a jury reached a verdict in her fraud case.

The feds characterized the move as an “attempt to flee the country” and suggested she only nixed the plan after contact from government lawyers. Holmes’ legal team described the allegation from prosecutors as “baseless” and asked a judge to strike the claim from the court’s records.

“The court has Ms. Holmes’ passport, which has been expired for years,” an attorney for Holmes said in a filing. “She is in frequent contact with multiple pretrial services officers. She has a flawless pretrial services record.”

Holmes was sentenced to more than 11 years in prison last November after being convicted for lying to Theranos investors about the doomed medical tech startup’s blood-testing technology. She is attempting to overturn the conviction.

The feds detailed the allegation as part of a request that Holmes should report to prison as scheduled in April despite an ongoing appeal of her conviction.

The feds allegedly learned about the flight just days before it was scheduled to depart and contacted Holmes, who canceled the tickets. The government alleged that it was “difficult to know with certainty what Defendant would have done had the government not intervened.”

In response, attorneys for Holmes said and her husband, William Evans, had booked the trip before the verdict was reached because she “hoped to be acquitted and thus to be able to attend the wedding of close friends in Mexico in late January 2022.

“Mr. Evans had not yet canceled her ticket when the government inquired about the booking, but there was no way for her to go: Not only did Ms. Holmes’ conditions of release require Court approval for international travel, but the Court has her passport, which was (and still is) expired, and she did not attempt to get a new one,” the filing said.

“These accusations have been widely reported in the press and already have produced negative effects for Ms. Holmes and her partner beyond this case,” the filing added.

Holmes is slated to begin her prison sentence on April 27. Prosecutors said last week that the “time has come” for Holmes to report to prison.