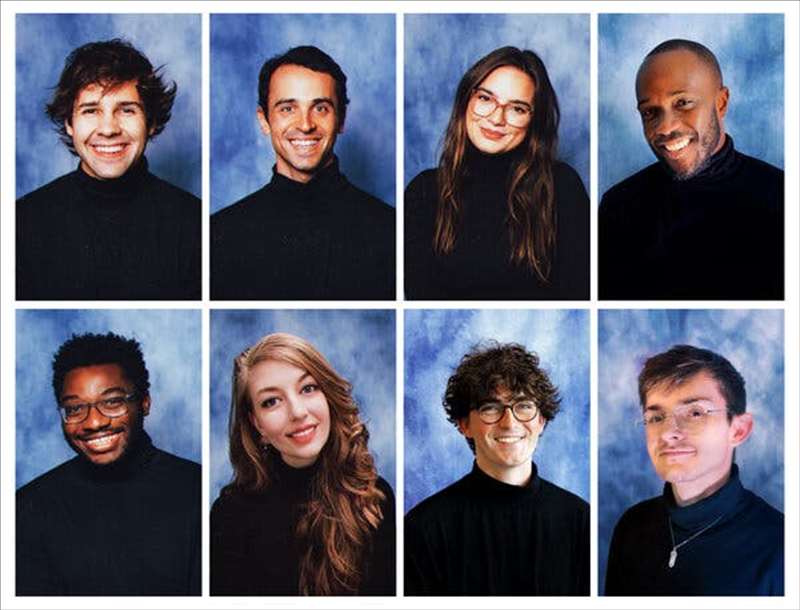 Some are calling David Dobrik’s new photo app, Dispo, the next Instagram.

Dispo, a new photo-sharing app that mimics the experience of using a disposable camera, is taking off. People are clamoring for invites to test the beta version. Early adopters are praising its social features. And investors are betting big on its future.

In the app, users frame photographs through a small rectangular viewfinder. There are no editing tools or captions; when the images “develop” — i.e. show up on your phone at 9 a.m. the next day — you get what you get. Multiple people can take photos on the same roll, as might happen with a real disposable camera at a party.

“When I used to go to parties with my friends, they would have disposable cameras all throughout the house, and they’d urge people to take pictures throughout the night,” said David Dobrik, a YouTube star and a founder of the app. “In the morning, they’d collect all the cameras and look back at the footage and be like, ‘What happened last night?’” (He used an expletive for emphasis.)

Sensing a trend, Mr. Dobrik sought to recreate the disposable-camera experience digitally, as an antidote to the obsession with getting the perfect shot. “You never looked at the picture, you never checked the lighting,” he said of using disposables. “You just went on with your day, and in the morning you got to relive it.”

In December 2019, he introduced a photo app called David’s Disposable, through which people could take retro-looking pictures that “developed” overnight. Its early following suggested that the model had bigger potential. So, over the course of a year, it was developed into Dispo, a full-fledged social network that began beta testing with the public last Friday.

This shift away from highly curated feeds has been in the works for several years. In 2019, the rise of “relatable” YouTubers like Emma Chamberlain helped pioneer a goofy and irreverent editing style that became the default for Gen Z. And throughout 2020, TikTok gave birth to a new wave of creators focused more on personality than perfection.

Anyha Garcia, a 31-year-old stay-at-home mom in Utah, started using Dispo a week ago. She’s a fan of its simplicity. “I don’t have to sit and crop it or edit it,” she said. “I take a pic, and hopefully it turns out. I can go back and look at it later instead of looking at it now and making these tweaks or worrying about taking 10 to 12 more photos of that thing I’m trying to take a picture of.”

People have also taken to the app’s emphasis on collaboration. “Insta made everyone a general photographer. Dispo makes you a photographer with a purpose,” said Terry O’Neal, 31, a brand manager in Los Angeles who has been using the app. He has created several color-themed camera rolls and asked other users to help him find objects that fit each theme. “That’s where the community building is, everyone looking for the same thing through their own lens,” he said.

“The big thing with Dispo is the collaborative rolls,” said Luke Yun, 31, a social media director in Los Angeles. “People are finding ways to be creative together. It’s like an innate contest to out-create each other in these community rolls that I haven’t seen before on any social network.”

The social network has avoided the spammy growth-hack culture that often emerges on early-stage apps, and Easter eggs in its display poke fun at the obsession with boosting one’s metrics. Mr. Dobrik, for instance, appears to have 69 million followers and photos and 420 likes on Dispo.

Small creator collectives have emerged, however. “I created a roll called the Dispo Hype Group where we were adding everyone and accepting everyone’s invite,” Ms. Garcia said. The group, which includes about 40 people, is hoping to organize an IRL meet-up when it’s safe to do so.

As the app continues to grow, Dispo’s leaders have expressed a commitment to ensuring that the app remains a safe and open space for its users. “Trust and safety is something that is incredibly important to us and will be a relentless focus,” said Daniel Liss, 32, Dispo’s C.E.O. “Saying we don’t have a position on trust and safety is not good enough. To our community and shareholders it’s unacceptable.”

“It’s a position I’m hiring for before any investor has asked me about it because it’s important to me, David and our team,” he added.

Though there will always be competition and copycats, Mr. Dobrik believes what Dispo offers is something that photo filters can’t replicate.

“When you see a disposable photo you know it’s real and it wasn’t crafted or put together,” he said. “It just happened and it was captured. That’s what makes it so exciting.”