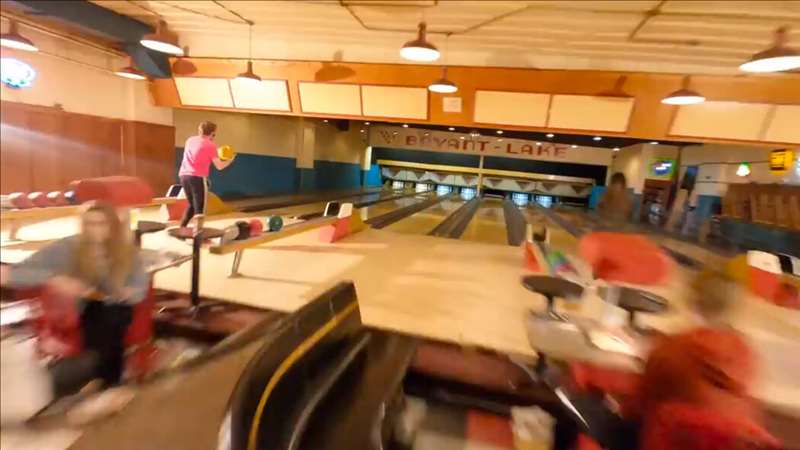 A drone video shot in a Minneapolis bowling alley was hailed as an instant classic. One Hollywood veteran said it “adds to the language and vocabulary of cinema.”

A drone flies into a bar, swoops through an adjacent bowling alley and crashes into the pins.

Bowling, like baseball, is one thing that lots of Americans can get behind, even at a time of intense political polarization. In that sense, the country could perhaps use a video like this at a moment like this.

“My foot wasn’t over the line,” a woman near the lanes says to her bowling partner. “Mark it eight, dude.”

“This is bowling, there are rules,” her partner replies, an alleyside quip from “Lebowski,” the 1998 film. “I’m not counting it.”

“The place is near and dear to our hearts,” he added. “So when we floated the idea to the owner, she was all for it. It was a no-brainer.”

“A lot of people think, ‘Oh my gosh, why would you potentially destroy a piece of equipment like that?’” he said. “But, no, these drones are quite resilient.”

Travis Duede, a sous chef who works nights at Bryant Lake and appeared in the video, said the business was boarded up or closed for parts of last year, and that he had not worked for 100 days in the early phase of Minnesota’s lockdown.

When he showed up for the drone shooting last week, he said he did not know what to expect. His boss had described it beforehand only as “a guy shooting a video here with a drone.”

“Oh, this is a lot bigger than we thought,” he said he recalled thinking. “But it was cool because it was our bar and restaurant and bowling alley getting a lot of attention.”