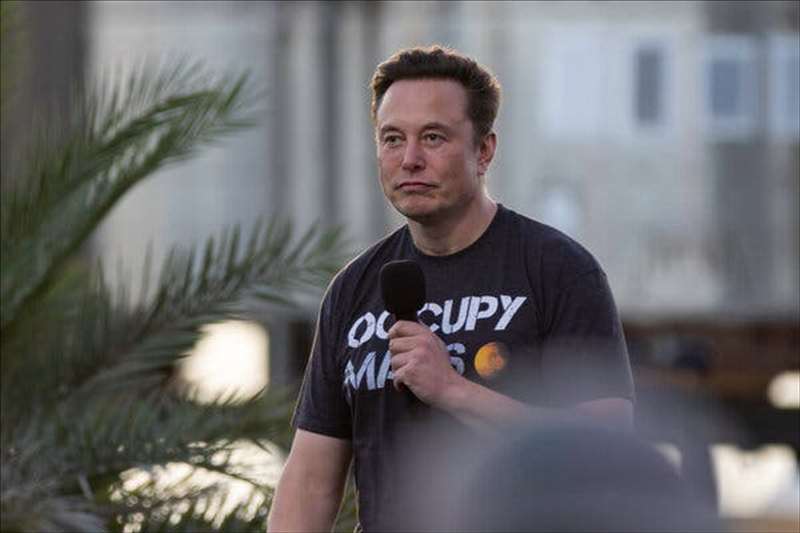 Mr. Musk is testifying in a lawsuit filed by investors who claim that his statements about a plan to take Tesla private in 2018 caused them to lose billions of dollars.

Elon Musk testified on Monday in federal court that Saudi Arabia’s sovereign wealth fund had “unequivocally wanted to take Tesla private” in 2018, maintaining that the fund’s interest in the deal meant that he had not lied or misspoken about his plan to take the automaker off the stock market.

Investors are suing Mr. Musk, Tesla and the company’s board because they contend that they lost money as a result of Mr. Musk’s statements about his plan to take Tesla private, which later collapsed.

How jurors interpret Mr. Musk’s statements and the effect they had on investors could be critical to the outcome of this case, which is being tried in San Francisco. A victory for investors could mean Mr. Musk and Tesla would have to pay billions of dollars in damages. But winning the case would allow Mr. Musk to claim vindication against his critics.

Mr. Musk’s testified about the Saudi fund, the Public Investment Fund, in response to questions by a plaintiff’s lawyer who pressed him for more details about the plan to take the company private. Mr. Musk said officials from the Saudi fund had not signed documents committing to a deal or discussed how much they would invest in the deal.

“The exact amount would not be knowable without knowing who else would participate,” he said. But he added that he believed “if they say they’re going to do something, they do.”

Removing a public company from the stock exchange can be expensive and difficult. The people or investment firms seeking to take a business private have to come up with the money to buy all or most of its stock.

The Saudi fund, which had amassed a 5 percent stake in Tesla before Mr. Musk announced his plans, would have been an important part of any deal. Mr. Musk had long claimed the Saudi investors were committed to the transaction, and communications contained in court filings showed that Mr. Musk criticized Saudi officials after news reports suggested that they were lukewarm about a deal.

Mr. Musk and Tesla’s legal team unsuccessfully tried to compel the fund’s employees to testify in the trial. This month, the fund’s lawyers called the subpoenas “legally deficient” and “frankly, frivolous.” A spokesman for the fund did not immediately respond to a request for comment on Monday.

Mr. Musk testified that “funding secured” referred not just to financing from the Saudi fund but also to his stake in SpaceX, a rocket company where he is also chief executive. Mr. Musk could theoretically have borrowed against his stake in SpaceX or sold some of that stock to come up with the money needed to take Tesla private.

“This is an extremely important point, and you seem to be deliberately avoiding it,” Mr. Musk said to Nicholas Porritt, a lawyer for the plaintiffs. But under questioning from Mr. Porritt, Mr. Musk acknowledged that he had not mentioned his SpaceX shares as a potential funding source in a 2021 deposition.

When asked whether he had priced Tesla at $420 per share because it would be “a joke your girlfriend would enjoy,” Mr. Musk said, “There is some karma around $420, though I should question whether that is good or bad karma at this point.” He then added that he had picked $420 because it was about 20 percent more than Tesla’s share price at the time.

Mr. Musk, wearing a dark suit and black surgical mask, entered the courtroom and walked straight to the witness stand. He watched the jurors as they walked in and nodded to them. Mr. Musk, who said that he “had trouble sleeping last night” and that his back was hurting, sometimes pushed back at how Mr. Porritt asked questions. Judge Chen told Mr. Musk at least three times that he had not answered the lawyer’s questions or that he had gone off topic.

The plaintiffs’ lawyers have argued that people made investment decisions because Mr. Musk said he had obtained the funding needed to take Tesla private and had investor support for the deal. But lawyers for Mr. Musk and Tesla have said it is possible investors made decisions based on Mr. Musk’s statement that he was considering taking Tesla private — a statement his lawyers claim was true.

Legal experts have said most companies and chief executives would probably have settled a case like this. But Mr. Musk has often shown a willingness to let lawsuits filed against him and Tesla go to trial.

In testimony on Friday, Mr. Musk acknowledged that his Twitter account provided important information about Tesla and that it had to follow rules from the Securities and Exchange Commission. But he denied that his social media posts were responsible for swings in Tesla’s share price. He also said he couldn’t be as comprehensive on Twitter as Tesla could be in S.E.C. filings and news releases.

Mr. Musk also said that his friends, as well as Tesla’s executives and investors, had suggested that he take a break from Twitter before he posted about taking Tesla private.

In 2018, Mr. Musk and Tesla settled a separate lawsuit with the S.E.C. about his proposal to take Tesla private. They paid fines to the S.E.C., and Mr. Musk agreed to resign as Tesla’s chairman and to allow a lawyer to review certain statements about the company before posting them on social media.

The trial started three months after Mr. Musk acquired Twitter. Since then, he has fired most of its employees, changed its content rules and allowed previously banned or suspended users back onto the platform.

Soon after efforts to take Tesla private ended in 2018, the company began to produce large numbers of cars, which drove its stock higher and made it easier for Tesla to raise billions of dollars by selling shares. But the company’s share price plunged last year as Mr. Musk sold shares to finance his acquisition of Twitter and as Tesla faced stiffer competition.