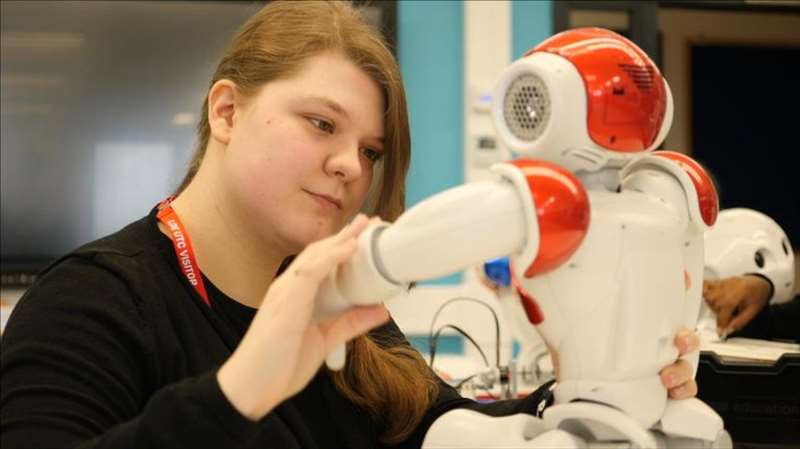 Prof Sarah Gilbert and Prof Dame Angela McLean are among those blazing a trail for young women wanting to pursue STEM subjects.

The women responsible for some of the pandemic’s most exciting breakthroughs say they hope to inspire more women to enter the science, engineering, and technology fields.

They, alongside their colleagues, are blazing a trail for younger women who hope to have successful careers in STEM subjects (science, technology, engineering, and maths) and areas that are typically dominated by men.

One such figurehead has been Professor Dame Angela McLean, chief scientific advisor at the Ministry of Defence. She is the first woman in the role and has often featured in Number 10’s Downing Street news conferences.

“I think it would be such a great spin-off of this difficult year if more women were to consider doing STEM subjects for their university education because they saw that there are all sorts of interesting jobs for scientists,” Prof Dame McLean said.

“One of my colleagues said to me that her four-year-old daughter was saying that as well as wanting to be a fairy, which obviously you don’t want to put to one side, but she did also want to be a scientist.

“And that really made my heart sing because it’s a great job. It’s a great job for a woman, and more women should train to be scientists.”

The contribution of these women has not gone unnoticed by the students at the London Design & Engineering University Technical College.

Staff teaching engineering, architecture, science and design technology pride themselves on creating the innovators of the future.

Sky News spoke to some of those aiming for great heights in engineering industries.

“I think the women at the forefront, the women who are getting the vaccines out to people and the women who have been a key part of the research, it’s definitely an inspiring thing,” said biology, psychology and digital media student Nina.

“I think in any industry, in any goal you want to pursue it’s very important to see people like you, people that share your similar traits,” she added.

“Young girls today have many, many more role models than I did when I was growing up.”

Year 13 student Melissa, who hopes to pursue a career in artificial intelligence, says it is inspiring to see women at the forefront of change.

“The fact that these women have rose to the challenge of coming up with these solutions, despite the bias and despite the adversities, I feel like that in itself will live on beyond the pandemic,” she said.

The ground-breaking work of Professor Gilbert has this week been recognised.

Speaking to Sky News about the nod, Prof Gilbert called for women to not only be encouraged to step onto the science and technology ladders, but to climb them all the way to the top.

Prof Gilbert also acknowledged the discrepancies between what men and women in STEM fields face.

She said: “What I have seen is that as we progress through our careers, it’s often the women who drop out and don’t make it all the way to the top and I think that’s still true today – that we don’t see as many women leaders in STEM fields in companies and universities as we should do.

“What I think might be happening is that women are sometimes a bit reluctant to step forward and take on leadership roles, and so if that’s true what we need to do is give them more confidence in their ability to do that.

“And that’s looking at things like mentoring and training, and helping them understand how to progress in their career.”

This snapshot of pioneering minds on the frontline of science reaffirms the world is in good hands.