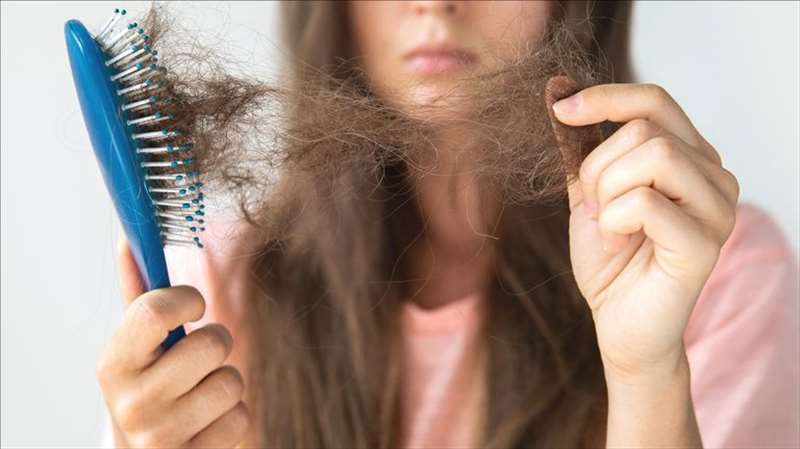 The study also found that fatigue, shortness of breath, dizziness and joint pain were “primary long-term symptoms” of the virus.

Nearly a quarter of COVID-19 patients suffer from hair loss within six months of infection, with women at greater risk, according to a new study.

The study involved patients who had been discharged from Jin Yin-tan Hospital between 7 January and 29 May 2020 after being treated for COVID.

Researchers followed up with them six months later, when patients were interviewed with questionnaires for evaluation of symptoms, physically examined along with a six-minute walking test, and given blood tests.

The findings revealed that 63% of the patients experienced fatigue or muscle weakness, 26% suffered with sleeping problems, 23% had anxiety or depression, and 22% suffered from hair loss.

It also found that 76% of patients reported at least one symptom six months after the first symptom onset, with the proportion higher in women.

Patients who were severely ill from the virus were more likely to suffer from the likes of muscle weakness and depression.

The authors said: “We found that at six months after symptom onset, most patients endorsed at least one symptom, particularly fatigue or muscle weakness, sleep difficulties, and anxiety or depression.

In a three-month follow-up survey of 538 COVID-19 patients, the researchers found that “physical decline or fatigue, post-activity polypnea (rapid breathing or panting), and alopecia were more common in women than in men”.

The study also looked at long-term extrapulmonary organ manifestations and death during follow-up, with some patients newly diagnosed with diabetes and venous thromboembolic diseases – which is when a blood clot forms.

The authors added that being a woman and severity of illness from the virus were also risk factors for “persistent psychological problems”, such as stress and anxiety.

The NHS lists fatigue, shortness of breath and dizziness among some of its long-term symptoms of COVID-19, but hair loss is not included in its list.