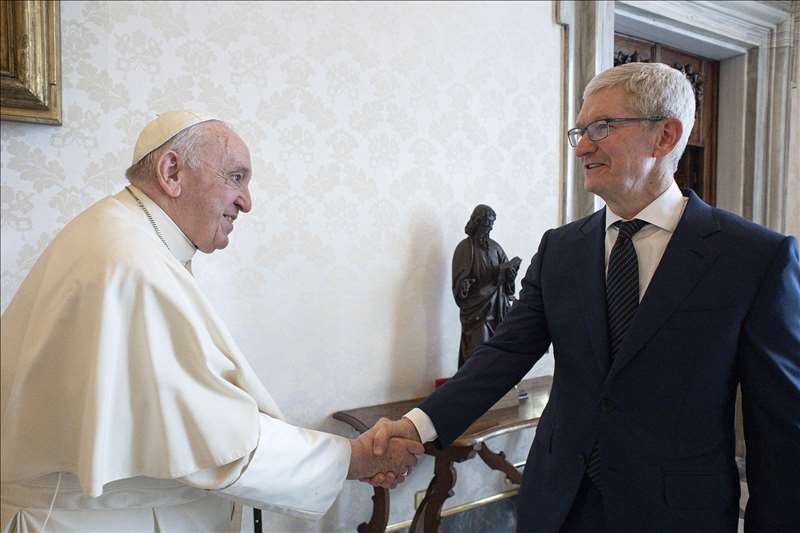 Pope Francis met with Apple CEO Tim Cook on Monday at a private sit-down in Rome.

The specifics of the discussion have not been disclosed, though many have speculated that artificial intelligence is at the forefront of both leaders’ minds.

Pope Francis has previously spoken about the benefits and dangers of AI technology, an industry in which Apple has aggressively funded research.

The pope asked Catholics worldwide in 2020 to pray “that the progress of robotics and artificial intelligence may always serve humankind.”

Cook has been in Italy since late September, where he opened the Apple Developer Academy, followed by an appearance at the University of Naples Federico II, where he received an honorary degree.

Musk shared a photo at the time of the pontiff with himself and four of his sons, saying he was “honored” to meet with the religious leader.

Cook also recently attended a private meeting with several House Republican leaders on Wednesday to discuss issues surrounding tech censorship, according to a source familiar with the meeting.