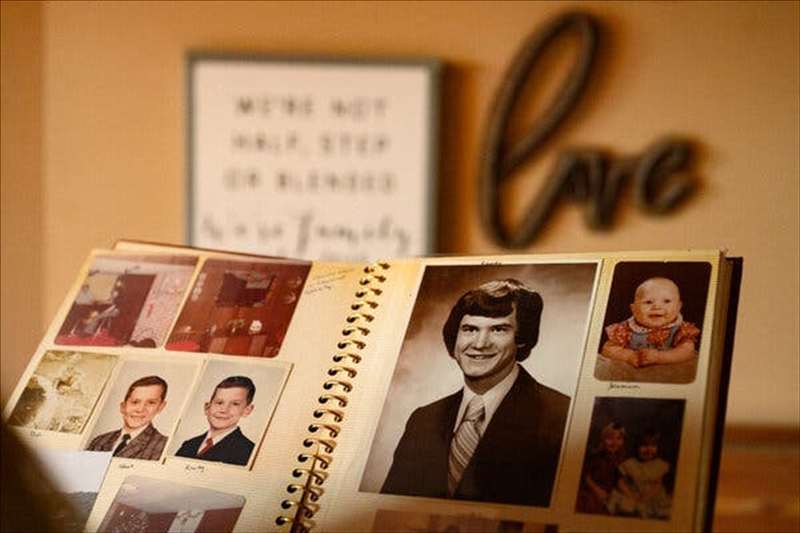 WASHINGTON — Not long after Randy Watt died of Covid-19, his daughter Danielle sat down at her computer, searching for clues as to why the smart and thoughtful man she knew had refused to get vaccinated. She pulled up Google, typed in a screen name he had used in the past and discovered a secret that stunned her.

“On two occasions I coughed so hard that larynx went into spasm and closed my airway,” he wrote in a post on Gab a few days before Christmas last year. “Frightening, yes, but relaxing instead of panicking allowed the airway to open in 15 to 20 seconds. Took second dose of ivermectin, along with ibuprofen for fever and my usual vitamin regimen. Rest, fluids, and prayer.”

Mr. Watt, a passionate songwriter and musician who loved the outdoors and had retired from an energy company in Ohio, died on Jan. 7. He was 64. His wife and two daughters are still struggling to understand what led him to a site like Gab, which his widow, Victoria Stefan Watt, blames for what she called his “senseless death.”

“The people who have correct information, who take science seriously, who don’t have strange, way-out theories about things but who base what they say on evidence and data, need to speak up more,” Dr. Fauci said, “because the other side that just keeps putting out misinformation and disinformation seems to be tireless in that effort.”

Experts say the spread of health misinformation — particularly on fringe social media platforms like Gab — is likely to be a lasting legacy of the coronavirus pandemic. And there are no easy solutions.

“There has been such an incredible focus on developing vaccines quickly,” said Tara Kirk Sell, a senior scholar at the Johns Hopkins Center for Health Security, adding: “But from my perspective, there’s a missing piece there — a missing social behavioral piece. You can get a vaccine out to people in 100 days but they think it’s poison? You’ve still got a big problem.”

It will not be so easy for the government to team up with smaller fringe sites like Gab, a hub for white supremacists and online conspiracy theories whose founder, Andrew Torba, argues that “unapologetic Christian Nationalism is what will save the United States of America.” The site, which gained millions of new users after the Jan. 6, 2021, riot at the Capitol, is rife with posts promoting unproven Covid-19 remedies, including ivermectin. It also has displayed ads offering ivermectin for sale.

In an email to The New York Times, Mr. Torba said Gab was “not in a position, as a neutral platform provider, to ‘fact-check’ our users or assess the truth or falsity of any information posted to the site.” He also criticized The Times and ended his message with an instruction: “Please repent and accept Jesus Christ as your lord and savior.”

Mr. Watt was not a Covid denier, his family says. His elder daughter, Jessica Watt Dougherty, describes him as “a spiritual person” — a private man who loved Neil Young’s music; played guitar, banjo and harmonica; and wore his gray hair long like a “leftover hippie.” He passed his musical gifts to his grandchildren, teaching them to play guitar.

“My husband questioned authority,” Ms. Stefan Watt said. On politics, she said, they agreed to disagree.

Early in the pandemic, Mr. Watt was “hypervigilant with protocol,” according to his wife. He wore masks and ordered groceries online to avoid crowded stores. But at some point, like many Americans unsure of whom or what to believe, Mr. Watt began questioning public health authorities. He felt that they were fear-mongering and that things were not as bad as they said.

Sometime in December 2020, just as coronavirus vaccines started to become available, he joined Gab — without his family’s knowledge. His daughters say they do not know what drew him there. His wife thinks he was depressed, stuck at home and feeling isolated in his retirement, and “went down the rabbit hole” into a world that did not reflect who he was.

Mr. Watt soon expressed his disappointment with the site, noting in March 2021 that he had paid $500 for a lifetime membership without receiving much in return. He called Gab “a cesspool,” adding that he was “forced to doubt nearly 9/10 of what I read.”

Still, Mr. Watt stuck around, eventually posting or reposting more than 3,200 messages. He wrote disparagingly of Mr. Biden and admiringly of former President Donald J. Trump. He also shared posts promoting ivermectin, which the Food and Drug Administration had been warning against as a Covid treatment.

In a post in April 2021, Mr. Watt wondered if Covid-19 could be “overcome by inexpensive treatments such as simple Vitamin D, Vitamin C, ivermectin” and hydroxychloroquine, an anti-malaria drug promoted by Mr. Trump.

“Who should I trust?” Mr. Watt wrote. “Big government? Media? When was the last time they steered me in the right direction without lies and chicanery?”

In a country that values freedom of speech, tamping down falsehoods on social media is tricky business for policymakers and health officials in Washington. Mr. Torba has positioned Gab as a “First Amendment company,” as he put it, “which means we tolerate ‘offensive’ but legal speech.”

Lawrence O. Gostin, a professor at Georgetown University and an expert in public health law, said the administration would be on “weak legal footing if it tries to regulate these companies.” Misinformation and disinformation, he said, amount to “probably the central problem for public health and safety in America, and yet no one knows what to do about it.”

In his email to The Times, Mr. Torba acknowledged that Gab users had been able to make statements that would not have been permitted on Facebook and Twitter, and he suggested that The Times and other mainstream news outlets had “parroted” the government’s statements about Covid-19.

“These false assertions,” he wrote, “were questioned by Gab users who were free to speak about these topics on our platform in ways they would not have been able to on Twitter and Facebook.”

When vaccines became widely available in the winter and spring of last year, Ms. Stefan Watt said, both she and her husband were cautious; they wanted to see how other people fared. At one point, she thought both of them would get vaccinated together. But Mr. Watt balked and grew more adamant over time.

“I have received FLU vaccines for decades with no ill results,” he wrote on Gab in September 2021. But now, he said, “I am extremely wary of taking ANY vax in fear that I’ll receive a Covid jab.”

Mr. Watt’s wife and daughters said they did not argue with his decision. “I was raised with, ‘What my dad says goes,’” Ms. Watt Dougherty said, adding, “It was not something that I pushed.” Now she regrets that and feels guilty.

He told his wife that he regretted his decision not to get vaccinated and was finally ready to do it. It was too late. On Jan. 4, he recorded a goodbye video. “I’m Randy Watt,” he said from behind an oxygen mask, with monitors beeping in the background. “I’m 64. And chances are I’m dying.”

But her stepmother and her sister strongly object to the film, fearing it will paint Mr. Watt in an unfavorable light and viewing Ms. Watt Dougherty’s work on it as a betrayal. The sisters, once so close they considered themselves soul mates, no longer speak.

Ms. Watt does not hold Gab accountable for her father’s death. “He made the choice not to get vaccinated and unfortunately Covid took his life,” she wrote in an email. “There is not always a place to lay blame.”

But her older sister, Ms. Watt Dougherty, says sites like Gab need to be held accountable for the falsehoods they spread. The documentary, due out next year, is an effort to do that. She says the film is also part of her “healing journey.” It is called “I’m Still Here, Love” — words Mr. Watt wrote from his hospital bed in one of the last text messages he ever sent her.

“This is not about my dad,” she said. “My dad is just part of the mess. We are left to pick up all these pieces.”