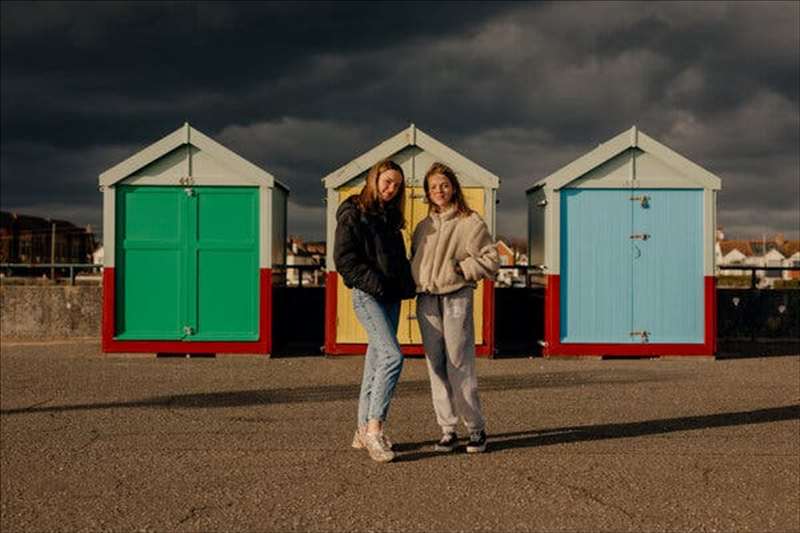 “BookTok” videos are starting to influence publishers and best-seller lists, and the verklempt readers behind them are just as surprised as everyone else.

“I had no idea what the hell was happening,” she said.

Lockhart’s children filled her in: It was because of TikTok.

An app known for serving up short videos on everything from dance moves to fashion tips, cooking tutorials and funny skits, TikTok is not an obvious destination for book buzz. But videos made mostly by women in their teens and 20s have come to dominate a growing niche under the hashtag #BookTok, where users recommend books, record time lapses of themselves reading, or sob openly into the camera after an emotionally crushing ending.

These videos are starting to sell a lot of books, and many of the creators are just as surprised as everyone else.

Many Barnes & Noble locations around the United States have set up BookTok tables displaying titles like “They Both Die at the End,” “The Cruel Prince,” “A Little Life” and others that have gone viral. There is no corresponding Instagram or Twitter table, however, because no other social-media platform seems to move copies the way TikTok does.

“These creators are unafraid to be open and emotional about the books that make them cry and sob or scream or become so angry they throw it across the room, and it becomes this very emotional 45-second video that people immediately connect with,” said Shannon DeVito, director of books at Barnes & Noble. “We haven’t seen these types of crazy sales — I mean tens of thousands of copies a month — with other social media formats.”

The Lee sisters, who live in Brighton, England, started making BookTok videos while bored at home during the pandemic.Many of their posts feel like tiny movie trailers, where pictures flash across the screen to a moody soundtrack.

The vast majority of BookTok videos happen organically, posted by enthusiastic young readers. For publishers it has been an unexpected jolt: an industry that depends on people getting lost in the printed word is getting dividends from a digital app built for fleeting attention spans. Now publishers are starting to catch on, contacting those with big followings to offer free books or payment in exchange for publicizing their titles. (The Lee sisters have received books from authors but have yet to be contacted by publishers or paid for their posts.)

Many popular TikTok users have strategies to maximize views. They might use background songs that are already doing well on the app, for example, use TikTok’s analytics to see what time of day their posts do the best and try to put up videos on a regular schedule. But it’s still tricky to predict what will take off.

“And this is me finishing it!” she bawls into the camera, the onscreen captions helpfully describing “dramatic wailing & yelling.” The video, which has been viewed more than 150,000 times, lasts about 7 seconds.

The #songofachilles hashtag has 19 million views on TikTok.

Published in 2012, “The Song of Achilles” sold well, but not nearly as well as it’s selling now. According to NPD BookScan, which tracks print copies of books sold at most U.S. retailers, “The Song of Achilles” is selling about 10,000 copies a week, roughly nine times as much as when it won the prestigious Orange Prize. It is third on the New York Times best-seller list for paperback fiction.

Ms. Miller, who described herself as “barely functional on Twitter,” said she didn’t know about the TikTok videos until her publisher pointed them out. “I feel speechless in the best way,” she said. “Could there be anything better for a writer than to see people taking their work to heart?”

The person behind @moongirlreads_ is Selene Velez, an 18-year-old from the Los Angeles area who joined TikTok last year, while finishing high school on Zoom. She said she made the “books that will make you sob” video because a commenter asked her for tear-jerker recommendations.

“I was like, well, we’ll see how that goes,” Ms. Velez said. “I’m not sure how many people are going to want to hear how much some random girl cried about a book.”

So she posted the video and went and had lunch with her family. When she checked TikTok again a few hours later, she said, the video had 100,000 views.

Ms. Velez, who has more than 130,000 followers on TikTok, said that publishers now send her free books before they hit the market so she can post about them, and she has started making videos that publishers pay her to create, as well. She and about two dozen other BookTok creators have an ongoing chat on Instagram about which publishers have approached them and what they are charging. The fees range from a few hundred to a few thousand dollars per post.

John Adamo, the head of marketing for Random House Children’s Books, said it now works with about 100 TikTok users. Once a title takes off on TikTok, he said, the machine of publishing can start to get behind it: Big retailers can discount it, a publisher might start running ads, and if a book becomes a best seller, that also leads to more sales. But without TikTok, he said, “we wouldn’t be talking about this at all.”

Right now, “I film two on Saturdays, two on Sundays and two on Wednesdays so I have pre-filmed ones I can post — while I’m in class actually.”

Some BookTok users say the app has provided more than just a pastime during the pandemic, it’s brought them a community.

“I don’t have a lot of friends in real life who actually read,” Ms. Juan said. But she and Ms. Velez both live in the Los Angeles area, and they’ve talked about maybe, once it’s safe, talking books in person. “I’m always like, when the pandemic is over and both of us get vaccinated,” Ms. Juan said, “I’ll come see you.”