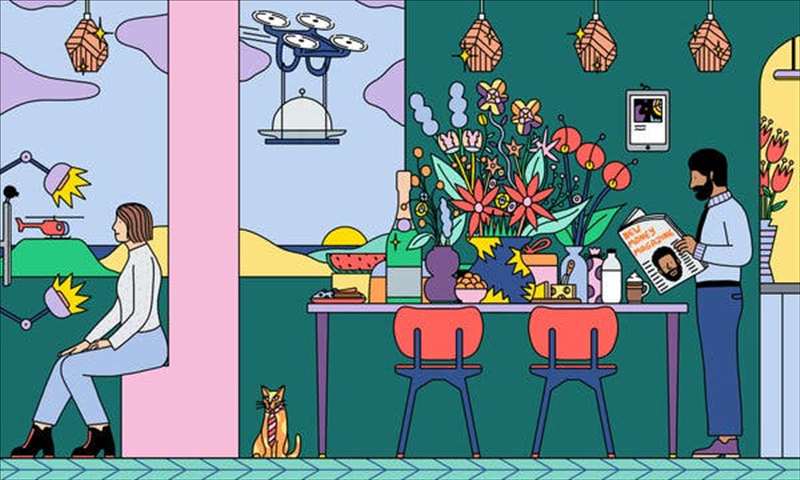 Not by buying airplanes. Instead, the newest start-up millionaires are proceeding cautiously.

SAN FRANCISCO — Things are so hot in Silicon Valley that it’s freaking people out.

“Everyone is waiting for the other shoe to drop,” Mr. Rubin said. “Maybe they buy a new Tesla or convertible, but they don’t go out and start buying airplanes overnight.”

The parties are on Zoom, the tax talk is on Slack, the house shopping is slightly less intense, and the vibe is cautious. It’s a weird time to become rich.

“People’s mind-set is not in a place to be ostentatious,” said Riley Newman, who was an early employee at Airbnb, which went public in December and immediately topped $100 billion in value.

Daniel Figone, owner of Handheld Catering and Events, has recently delivered boxed dinners and snacks to homes for a number of workers at Silicon Valley companies that went public. The boxes — which cost $45 to $100 each — can include housemade rubs, finishing salts, hot cocoa mix, gourmet bark, fancy cheeses, fruit and champagne. Inside, printed cards rivaling a wedding invitation detail the login code for a Zoom gathering.

Top executives get even more: floral arrangements, three-course meals and an on-site chef to finish the cooking and plate it, Mr. Figone said. At some small outdoor gatherings, he has offered individual “grazing cones” filled with snacks, instead of buffets and passed appetizers.

If there’s a musician — Alicia Keys, Train and John Legend are top requests — the set is kept to one or two songs, he said.

One company, which Mr. Siegan declined to identify, shipped its employees meal kits and hired Snoop Dogg to lead them in a cooking class. Snoop Dogg’s Zoom square was occasionally filled with smoke during the cooking class, Mr. Siegan said. A representative for Snoop Dogg did not respond to a request for comment.

“You actually have to find things that are meaningful instead of just throwing alcohol at them at a party,” he said.

In a Slack channel for former employees called Giraffe Money — an apparent reference to wealth that can support casual giraffe ownership — many anticipated their windfalls by sharing links, mostly in jest, to absurdly expensive home listings and boats, one former employee said.

But in reality, techies are spending in very different ways.

Instead of designer dresses, they are hunting for new outfits that look good on Zoom calls, virtual makeup lessons for the camera and makeovers for their Zoom backgrounds. Ms. Conlin said she redecorates a client’s Zoom room “to make whatever the other meeting attendees see look more cohesive, stylish and pleasing to the eye.” Clients are also buying weekly “comfort” gifts for friends and family like cozy blankets and robes, skin care items, pajamas, and games.

And instead of luxury condos, they are after houses with outdoor space, home gyms and good “Zoom rooms.” In San Francisco, newly rich techies are migrating from modern “white box” apartments in the neighborhood of SoMa to traditional prewar “trophy homes” in more established areas such as Nob Hill, Russian Hill, Pacific Heights and Sea Cliff, said Joel Goodrich, a real estate broker with Coldwell Banker Global Luxury in the city. They are excited by historic mansions with elaborate moldings and architecture.

“After a major trauma in the world or the nation, a lot of times there is a turn to more traditional styles,” he said. “People want a sense of normalcy and solidity.”

J.T. Forbus, a tax manager at Bogdan & Frasco, a tax accounting firm in San Francisco, said his clients had mostly avoided show-off splurges. Their biggest expense, other than a house, is their financial adviser.

The focus on charity at the time of their windfall is a change from past waves of the newly rich, Mr. Forbus said.