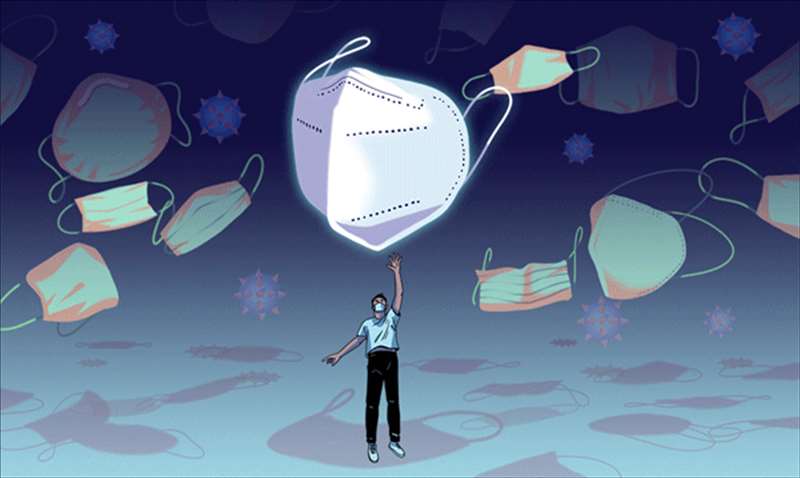 Fakes and little-known brands still abound, even as health officials have advised us to up our mask game. Here’s what to do.

The most coveted mask to keep safe against Covid-19 has been the N95, the gold standard for pandemic protection because of its tight fit and 95 percent efficiency in filtering airborne particles. Then there’s the KN95 from China, a mask for medical workers, which also offers high filtration and is somewhat looser fitting.

I recently spent hours comparing masks online and almost bought a pack of counterfeits on Amazon. Thankfully, I avoided falling into the trap and eventually found legitimate, high-quality masks from a trustworthy online retailer.

Along the way, I learned plenty about how to spot fraudulent mask listings and how to sidestep fake reviews. So here’s how to home in on real medical-grade masks that will keep you and your loved ones safe.

After some reading, I learned about the trade-offs between the two types of masks. The N95s typically have bands that strap over the back of your head, which is what makes them snug. They can be uncomfortable to wear for long periods.

The KN95s, which the Food and Drug Administration has approved for emergency use by health care workers, have ear loops for a tight fit that is slightly more comfortable than an N95. The downside is that the KN95 leaks a bit more air than an N95.

If you are often in high-risk areas like hospitals, N95s may be more suitable. But if you just need a protective mask for more casual use, like the occasional trip to the grocery store, KN95s are probably sufficient.

From there, I visited Amazon, where I buy everything from dog food to batteries in the pandemic. That’s when things went awry.

But before checking out, I scrolled down to read the reviews. There were about 130 — including a handful of one-star reviews from aggrieved buyers who said the masks were most likely fake. I emptied my shopping cart.

How had I almost bought a counterfeit? Saoud Khalifah, the founder of Fakespot, a company that offers tools to detect fake listings and reviews online, said a third-party seller had probably taken control of the product listing and sold fakes to make a quick buck.

“It’s a bit of a Wild West,” he said. “The normal consumers that shop on Amazon do not know that they just bought a fake mask. This is the biggest critical problem: You think it’s real, and suddenly you get sick.”

Mr. Khalifah presented other examples of questionable masks that were being sold on Amazon:

A pack of 50 masks was highlighted on Amazon this week as the No. 1 new release in women’s fashion scarves. Obviously, masks are not scarves, which was a giveaway that something was off. The listing description also replaced all of the letter A’s with accented characters. This was a technique used to bypass Amazon’s fraud detection systems, Mr. Khalifah said. Amazon removed the listing after I called about it.

Amazon also said it had addressed the questionable Powecom mask that I nearly purchased, as well as the mask advertised as a scarf. It added that there was no evidence that the pack of 20 masks was counterfeited and did not comment on the pack of 100 masks.

Mr. Khalifah cautioned that the fakes he spotted on Amazon could just as easily be on websites for other big retailers, such as Walmart and eBay, that allow third-party sellers to ship products. To buy authentic masks, he said, I should take a less traditional approach to shopping online.

Armed with this advice, I continued my search for the Powecom mask.

That was more reassuring. So I ordered a pack of 100 for $99. When the package arrived in the mail, I scanned the bar codes to confirm their authenticity. They were the real deal.

But ordering directly from a manufacturer presents other challenges. Often you have to buy a large quantity to reduce the cost.