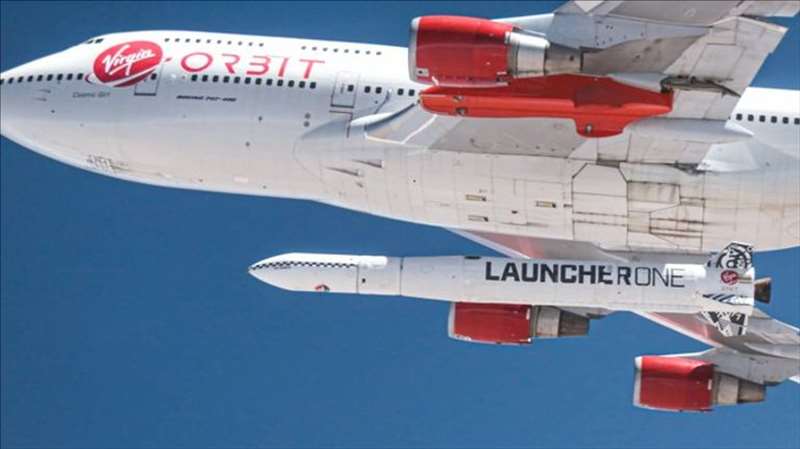 LauncherOne will be the first rocket to launch from UK soil when it’s carried skyward from Spaceport Cornwall, and will be visible across the country. Not only that, but people in Ireland, Spain, Portugal, and France will also be able to spot it in the sky.

The first rocket launch from UK soil is nearly upon us – and you won’t have to be right on site to see it for yourself.

When LauncherOne blasts off into space in the coming weeks, carried skyward from Spaceport Cornwall by the fabulously named Cosmic Girl, it will be visible across the UK, Ireland, and parts of France, Portugal, and Spain.

Maps released by Virgin Orbit, the launch operator, show when and where eagle-eyed space enthusiasts in each country can expect to see it in the sky.

The path of the 21m (69ft) rocket from the point it is released from Cosmic Girl (an old Virgin Atlantic Boeing 747) is shown in blue, with the circles on the line depicting its approximate location at each minute along the way.

Virgin Orbit says people in the UK and Ireland should be able to see LauncherOne within 60 seconds of ignition, while coastal regions in France, Portugal, and Spain will get a good view within two to three minutes.

The entire launch phase is estimated to last approximately 10 minutes.

Given Cosmic Girl is an old Boeing 747, the view from Spaceport Cornwall will not look dissimilar to any other plane taking off when it takes to the sky under the cover of night.

Under its left wing is LauncherOne, which will be released at 35,000ft over the Atlantic Ocean before accelerating to 8,000mph on its mission to deploy seven satellites into orbit.

It forms part of the government’s National Space Strategy, which sets out how the UK will become the first country in Europe to launch satellites into orbit.

Make no mistake, this is a huge moment for the UK’s space programme.

The UK has only ever completed one orbital launch, the Black Arrow in 1971, and that actually took off in Australia.

After technical issues saw the LauncherOne’s mission miss its pre-Christmas target, this should prove a fine way to kick off what’s set to be a big year for Britain in space.

“It’s been such a rollercoaster ride,” Melissa Thorpe, the head of Spaceport Cornwall, told Sky News in November.

“We’re really proud of what this about to do for the UK.”

A precise date for the launch is yet to be confirmed.