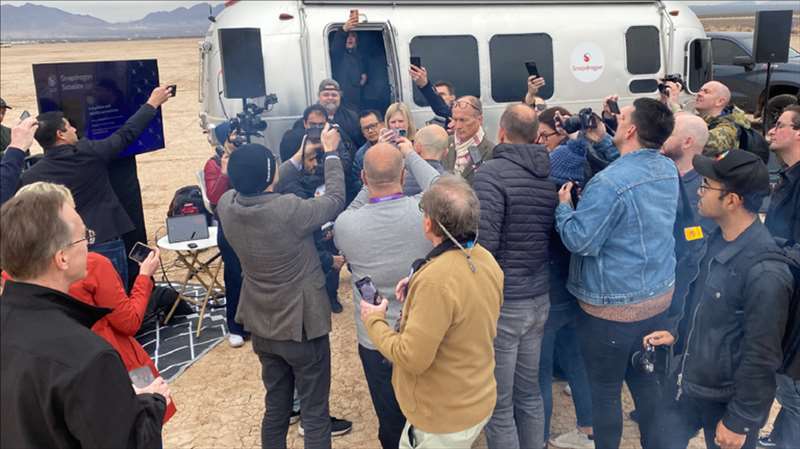 Satellite connectivity is becoming a more viable alternative to traditional forms of commercial internet technology, with Elon Musk’s Starlink aiming to tempt people away from cable and broadband. In the smartphone space, Apple has started experimenting with the tech for emergency use.

The development is the result of a new partnership between chipmaker Qualcomm and satellite communications company Iridium, which was announced at the CES tech event in Las Vegas.

The firms have worked together on the so-called Snapdragon Satellite chip, which will form part of high-end Android handsets due for release in the second half of 2023 onwards.

Qualcomm says the new chip will be able to connect to Iridium’s satellite network in non-emergency situations too, although this would be down to individual manufacturers and would likely command a fee.

Unlike the iPhone solution, the Snapdragon is not bound to a single brand, meaning that handset makers from Samsung to Google would be able to implement it if they choose.

But in both cases, the idea is that your phone can connect to passing satellites when you have no mobile coverage, which is a common complaint in rural parts of the UK.

However, the price of admission is a lot more expensive than standard cable and broadband packages.

As more satellites are put into the orbit by the service provider, in this case Iridium, the faster and more reliable the connection will get, as the devices on the ground have more targets to “ping”.

Iridium’s constellation of 66 active satellites is approximately 485 miles above Earth, spread out and cross-linked to ensure widespread coverage.

And for it to work on a smartphone, users need to be outside with a clear view of the sky.

While the Snapdragon Satellite will not make it into cheaper Android models initially, Qualcomm has said it will eventually expand into other devices – including laptops, tablets, and even cars.