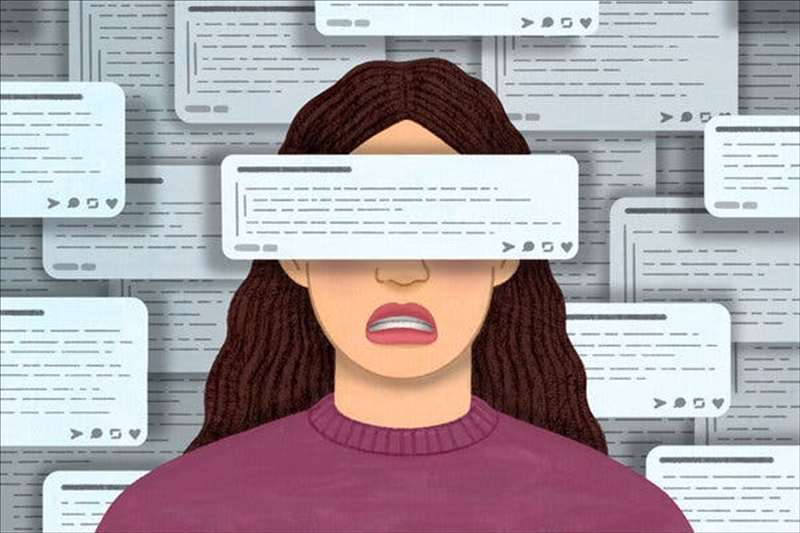 What was I trying to accomplish with my anonymous Tumblr?

That blog was my blog. I spent hours researching each post; as you can probably imagine, my search history was pretty ugly.

The blog started, as so many anonymous online projects do, as vengeful public shaming masquerading as social criticism. I was fine-tuning my moral compass and coming into my own as a feminist. So when I noticed classmates making sexist jokes on Facebook, including some about me, I started taking screenshots to post on a Tumblr called Calling Out Sexists. My policy was that I would take down a post only if its author publicly apologized.

A group of students brought the blog to the attention of our school’s administrators, who threatened to take legal action if I continued to write about them. Meanwhile, other Tumblr users had begun submitting screenshots featuring statements from minor celebrities. With graduation hanging in the balance, I shifted my focus away from my peers and toward public figures. I rebranded. Money and fame had protected them since time immemorial. What harm could my little blog do?

So I posted photos of Lady Gaga in V magazine with her skin bronzed to an unnatural brown. I pulled out troubling quotes from an essay Lena Dunham had written about a trip to Japan. I noted Taylor Swift’s since-changed homophobic lyric in “Picture to Burn.” My most popular posts tended to be about women — which makes sense, because the celebrity press tends to be more critical of them.

As it turned out, I had bigger things to worry about than dissecting the careers of celebrities I’d never met. On a winter morning, I woke up to the news that my older sister, Tamar, who was studying in Bolivia, had been in a bus crash, and the outlook was not good. I pored over research to escape from what felt like an impossible situation: my sister slowly dying of treatable injuries in a rural area thousands of miles away.

We held a public memorial service for Tamar in our hometown. Some of my classmates showed up, including a few who had written nasty things about me online. I found their shows of kindness insulting now, during what was quickly becoming the worst year of my life.

I tried going back to school after a few weeks, but I found myself picking frequent arguments with classmates and teachers. The school made an arrangement with my parents: I would be placed on “medical leave” for the remainder of the semester. I would graduate on time, but I wouldn’t return to campus.

Stuck at home, I devoted myself to Tumblr. What was I trying to accomplish? Mostly, I was interested in knocking people off their pedestals. I also enjoyed being popular, controversial, discussed. When a comedian I had posted about name-checked my blog on Twitter, I was giddy.

Then I started receiving threats. Someone sent me a screenshot of a house from Google Maps, claiming to have found my IP address. It wasn’t my house, but still. I realized that for every person on Tumblr who looked up to my blog, there were many more, online and offline, who hated it — and me. I started posting less and, eventually, stopped posting at all.

In the years since, I’ve looked back on my blog with shame and regret — about my pettiness, my motivating rage, my hard-and-fast assumptions that people were either good or bad. Who was I to lump together known misogynists with people who got tattoos in languages they didn’t speak? I just wanted to see someone face consequences; no one who’d hurt me ever had.

But celebrity culture began to crumble long before Covid-19. Mounting accusations of many kinds, whispered between industry professionals, had become too loud to ignore. Social media, which gave celebrities more control over their images and influence over their fans, also opened them up to new kinds of criticism. People have lost jobs and entire careers because of the kinds of errors my blog cited. Others have apologized for work and behavior that, re-examined in a contemporary context, just doesn’t hold up.

For years, I’ve regretted the spotlight I put on other people’s mistakes, as if one day I wouldn’t make plenty of my own. There can be an unsparing purity to growing into one’s social conscience that is often overbroad.

My brain wasn’t ready for nuance. I was angered by hypocrisy and cruelty; what I did about it was apply a level of scrutiny that left no room for error. I’m not saying that I should be canceled for my teenage blog. (Please don't!) I just know what we all should know by now: that no one who has lived publicly, online or off, has a spotless record.

For these reasons, I’ve thought about deleting my Tumblr. But doing that would mean erasing my own errors of judgment. I almost feel like I need to leave it up to punish myself for having made it in the first place. That, and I know someone could (and probably would) just pull it up on Wayback Machine. The internet, after all, never forgets.