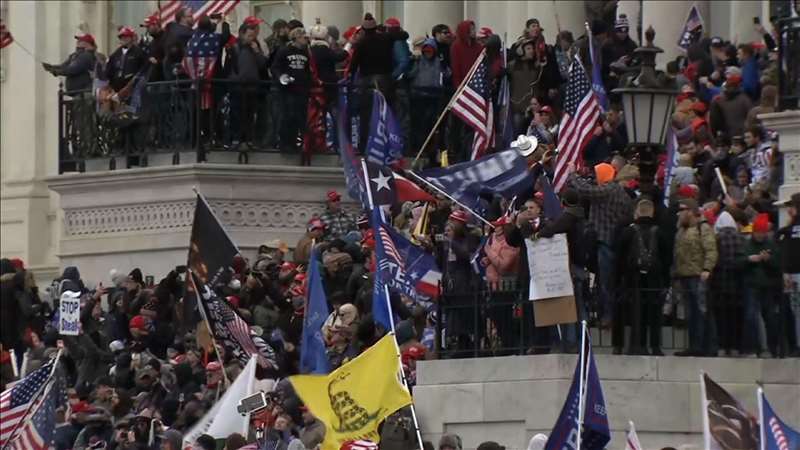 In one case, a crowdfunding website set up in late 2020 has been adopted by a defendant charged with storming the Capitol, who used it to raise almost $180,000. His was one of eight fundraisers on the site as of last week, and his donations accounted for 84% of the money raised on the platform.

Unlike GiveSendGo, most fundraising platforms take a small cut of the money donated.

As of last week, 10 people accused in the Capitol riot were fundraising for legal fees on GiveSendGo, according to a USA TODAY analysis.

In an interview with USA TODAY, GoGetFunding CEO Sandip Sekhon said the site discontinued Ochs’ campaign for breaching its terms, but it will allow DeCarlo’s campaign to continue. He didn’t explain why.

“We appreciate and understand this may not be agreeable in many cases, but stand firm in allowing supporters of such individuals the ability to offer financial support towards the cost of impending trial,” Sekhon said.

Another website hosting crowdfunding for defendants in the Capitol riot, Our Freedom Funding, featured two fundraisers for members of the Proud Boys, Joe Biggs and Dominic Pezzola. Both face federal charges in relation to the attack Jan. 6.

As of Wednesday afternoon, the Biggs fundraiser was listed as having received $52,201. Pezzola had received $730. Biggs’ campaign disappeared from the site shortly after USA TODAY inquired about it.

PayPal monitors these fundraising sites for “adherence with our acceptable use policy,” spokesman Justin Higgs said.

Wednesday, a USA TODAY reporter was able to donate $10 to Biggs’ fundraiser on Our Freedom Funding, using Stripe to process the payment.

A few hours later, his campaign disappeared from Our Freedom Funding.

A USA TODAY reporter was able to make a $1 donation to Pezzola’s fundraiser using Venmo, a payment app owned by PayPal. After being alerted by USA TODAY, Venmo removed the account.

Soon a PayPal account took its place. PayPal caught that and removed it, too.

“Any attempt to circumvent account closures is not permitted, and the company will ban these accounts when detected,” PayPal’s Higgs said.