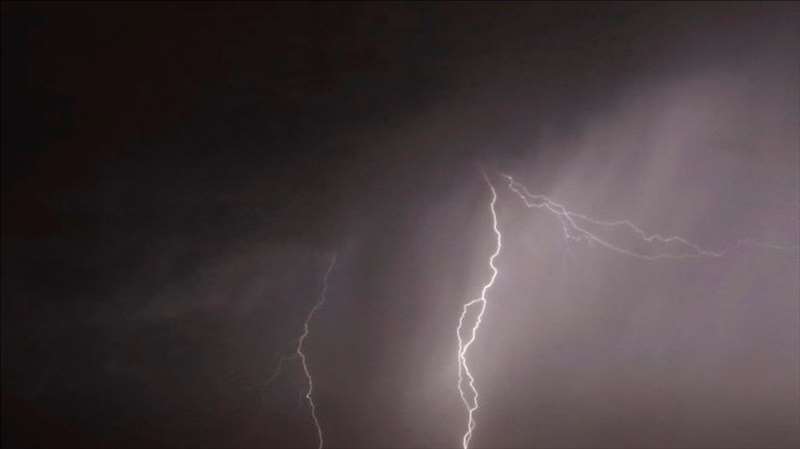 The very first organisms may have been dependent on lightning to start them on the process of reproduction that led to us.

While many questions remain on the origins of life on Earth, scientists in the US and UK now believe that lightning strikes may have played an essential role.

There is a lot of scientific debate about how life emerged from non-living matter 3.5 billion years ago, but it is generally accepted that the first self-replicating molecules would have needed on a precise cocktail of critical ingredients to form.

One of these ingredients is called bioavailable or reactive phosphorus. It is an essential part of DNA, RNA, and the fats that protect cell membranes, but it is normally locked inside of insoluble minerals.

There is an exception to this – the mineral schreibersite which is highly reactive and able to form organic molecules.

Schreibersite is predominantly found in meteorites, which has previously led scientists to believe that the emergence of life was tied to meteor impacts.

Now, new research from the universities of Yale in America and Leeds in West Yorkshire suggest lightning strikes may have formed schreibersite within the glassy minerals on certain clay-rich soils.

By estimating the amount of schreibersite that might have been produced by each strike, and the suitable land area on the early Earth, the researchers have calculated that lightning strikes could have accounted for between 110 and 11,000 kilograms of phosphorus per year.

Although a very large range, it is potentially enough to fuel the first lifeforms on our planet and suggests a quantity of phosphorus that would have exceeded meteor strikes, according to the study published in the journal Nature Communications.

Using model simulations of the climate on early Earth, researchers predict that as meteor strikes started to decline after the Moon formed 4.5 billion years ago, lightning strikes and the phosphorus they supplied surpassed them around 3.5 billion years ago, a timing that coincides with the origin of life.