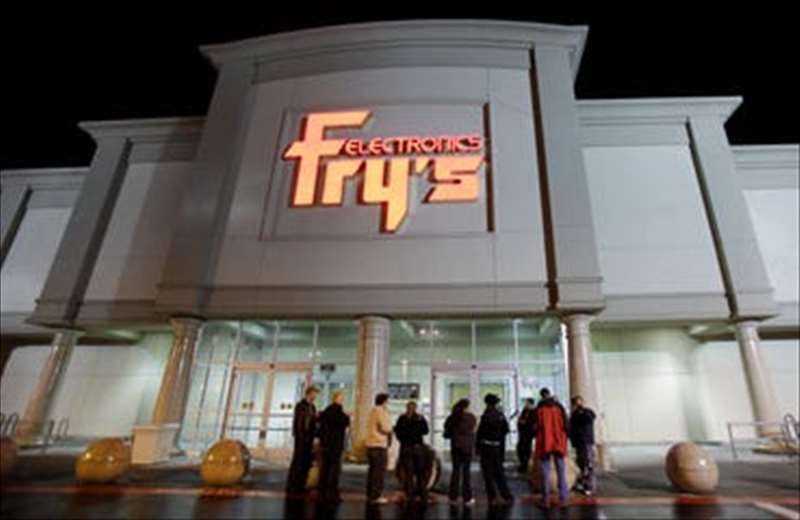 It didn’t have the large national footprint of Best Buy, but Fry’s Electronics still managed to court a following of loyal consumers.

“The Company will implement the shut down through an orderly wind down process that it believes will be in the best interests of the Company, its creditors, and other stakeholders,” reads an excerpt of the message on Fry’s website.

A big reason for Fry’s appeal was the experience. Tony Pierce, a Hollywood resident who frequented Fry’s stores in California, said visiting Fry’s was “like Disneyland” for gadgets and electronics.

“During the era before Apple really took over the computer world and you would have to try to build your own PC compatible computer, they were the go-to place because they would have all the parts,” said Pierce. “They would be really, really cheap.”

Part of Fry’s appeal, says Pierce, is each store had its own unique theme. The one in Burbank, California, for example, had a 1950s-style space theme complete with a UFO sticking out of the entrance.

Pierce recalls Fry’s being one of the first stores he remembered placing racks of candy or other small gifts near the cash register to get you spend while waiting in line.

“They really were the masters of getting you to buy extra stuff as you’ve already bought tons of stuff,” he said. “You could never go out of that store without buying something.”

On Reddit threads, several users posted their memories and appreciation for Fry’s.

“It was a playground for tech nerds,” said another Reddit user who goes by blowthatglass.

Unfortunately, like Circuit City and Radio Shack, Fry’s succumbed to consumers who chose to make critical electronics purchases online at sites like Amazon and Newegg.