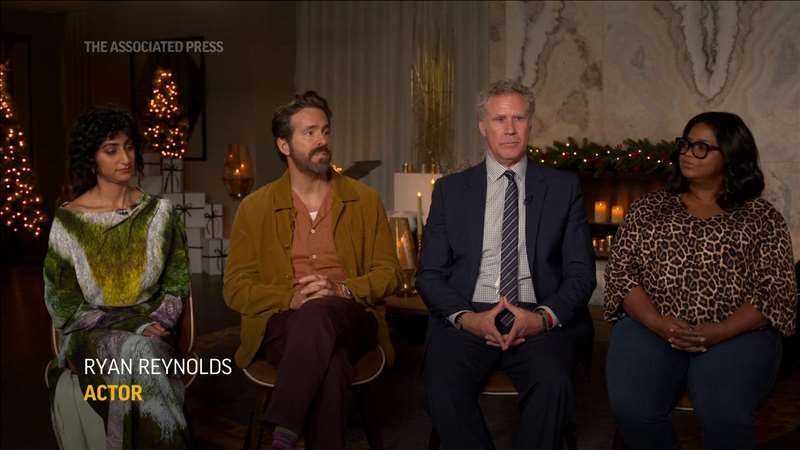 “I think it’s time to talk about how free speech is dead and I know that sounds like something interesting to say especially the very day that I get my personal Twitter account back but the reality is I should have never lost it in the first place,” she says in the video.

Trump’s account was banned in the aftermath of the deadly Jan. 6 riots on the Capitol in 2021. At the time, Twitter feared there was a risk of further incitement to violence if Trump were allowed to remain on the platform.

The decision to reinstated it came after Musk created a poll which 15 million people responded to, with nearly 52% in favor of the former president returning to the platform.

While Musk conducted an unscientific Twitter poll ahead of reinstating Trump, there appeared to be no such poll for Greene’s account.

Earlier, Musk said he would not make major decisions about content or restoring banned accounts before setting up a “content moderation council ” with diverse viewpoints. Neither Twitter nor Musk have announced the existence of such a council. Twitter did not respond to a request for comment on Monday.

Musk has frequently expressed his belief that Twitter had become too restrictive. Before the U.S. midterm elections this month, he urged his “independent-minded” Twitter followers to vote Republican.

Jones was sued by victims’ families for promoting false conspiracy theories about the Sandy Hook school massacre. Judgements against him have totaled $1.44 billion.

Here are other accounts recently reinstated by the platform:

The self-help author was suspended this summer when Peterson referred to actor Elliot Page by his former name, which violates Twitter’s policies on harassment.

After his suspension, the conservative psychologist posted a 15-minute video that he would not delete the offending tweet in order to regain access to his account.

“Up yours, woke moralists. We’ll see who cancels who!”

Reinstated on Nov. 18, Peterson thanked Musk with a photo from “The Shining.”

When the account was reinstated Friday, the publication tweeted: “We’re back. Let that sink in.”

“You intend to give platforms to known liars and wash your hands like pontius pilate and claim no responsibility?” White said. “[T]his is straight up you trying to help a fascist have a platform so you can eventually get your tax breaks. I mean, how many more billions do you need that you have to risk democracy itself to obtain it?”

“We don’t need the arrogance of the billionaire class to feel like they can just come in and solve everything,” the Nine Inch Nails bandleader said.

The “Grey’s Anatomy” and “Scandal” creator shared with her followers on Oct. 29 that she is not “hanging around for whatever Elon has planned. Bye.”

Not hanging around for whatever Elon has planned. Bye.

“Love Song” and “Brave” singer Sara Bareilles tweeted on Oct. 30 that she will see her fans on “other platforms.”

Welp. It’s been fun Twitter. I’m out. See you on other platforms, peeps. Sorry, this one’s just not for me. ❤️🙏🏼

“Un-Break My Heart” singer Toni Braxton shared that she is “shocked and appalled at some of the ‘free speech’ I’ve seen on this platform since its acquisition.”

I’m shocked and appalled at some of the “free speech” I’ve seen on this platform since its acquisition. Hate speech under the veil of “free speech” is unacceptable; therefore I am choosing to stay off Twitter as it is no longer a safe space for myself, my sons and other POC.

“Hate speech under the veil of ‘free speech’ is unacceptable; therefore I am choosing to stay off Twitter as it is no longer a safe space for myself, my sons and other POC,” she shared.

Braxton did not cite specific tweets or messages in her post.

“I’m getting off today because I just feel like it’s so messy,” Goldberg said. “I’m tired of – now having had certain kinds of attitudes blocked and now they’re back on – and I’m just going to get out and if it settles down and I feel more comfortable, maybe I’ll come back.”

“Madam Secretary” actor Leoni shared on Oct. 29 that she is “coming off Twitter,” telling her followers “let’s see where we are when the dust settles.”

“Today the dust has revealed too much hate, too much in the wrong direction. Love, kindness, and possibilities for all of you,” she added.