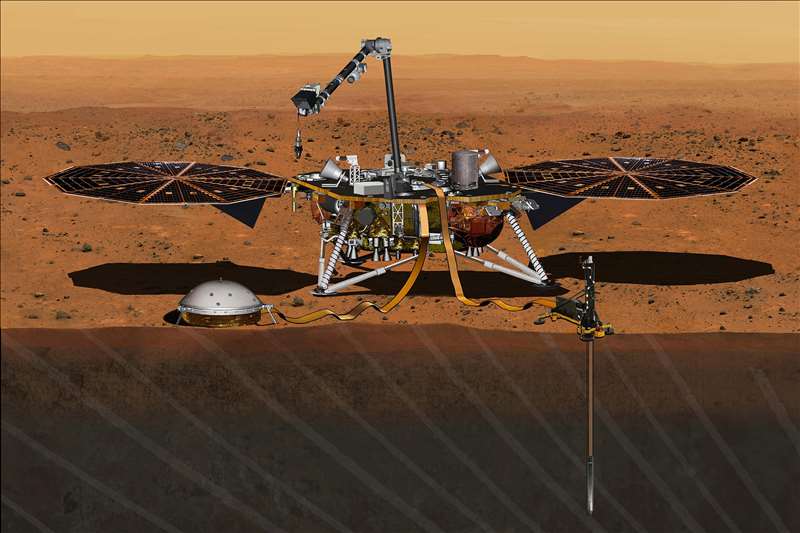 NASA’s InSight spacecraft has measured the size of Mars’ core for the first time.

The spacecraft launched in May 2018 and successfully landed on the red planet in November of that year.

The InSight team reportedly said that the measurement is noticeably larger than previous estimates, indicating that the core is less dense than had been initially projected and likely contains lighter elements.

The Earth and the moon have been measured similarly.

Knowing the size of a planet’s core is critical to understanding its history and gives researchers context about the planet’s evolution.