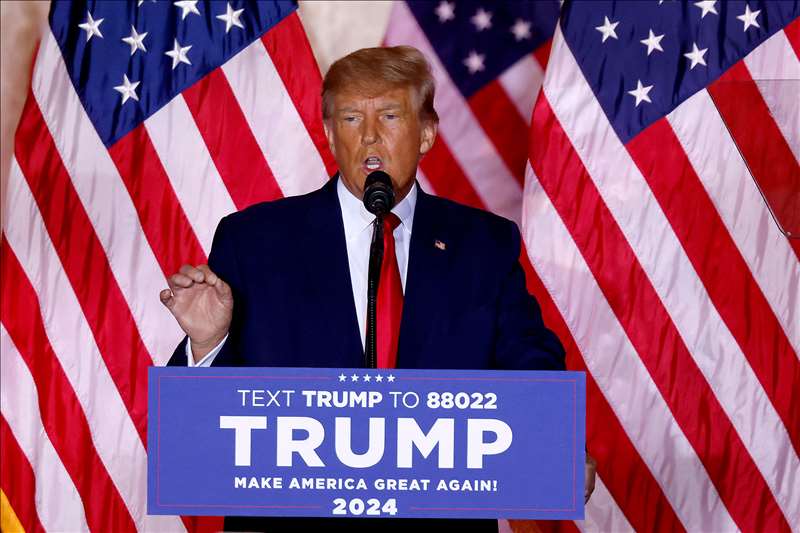 The decision over whether to allow Trump to reconnect with his 35.4 million followers on Facebook and 24.6 million on Instagram, another Meta subsidiary, will reportedly be made by Nick Clegg, the company’s president of global affairs.

Clegg, a former British deputy prime minister who joined Facebook in 2018 as its vice president of global affairs and communications, has seen his portfolio expand at the company in recent months.

A spokesperson for Meta told The Post: “We will announce a decision in the coming weeks in line with the process we laid out.”

Clegg has not indicated which way he is leaning. In October, he told the Council for Foreign Relations: “We believe that any private company — and this is really regardless of one’s personal views about Donald Trump — should tread with great thoughtfulness when seeking to, basically, silence political voices.”

Clegg will receive input and guidance from members of his communications and public policy teams as well as from Monika Bickert, who heads the content policy department, and Guy Rosen, chief of the safety and integrity teams.

Clegg’s boss, Mark Zuckerberg, has largely abandoned overseeing day-to-day content moderation issues on Facebook and has instead been focused on advancing the company’s foray into the metaverse.

Nonetheless, a decision of this magnitude could compel Zuckerberg to step in and take charge given his position as CEO, chairman of the board, and Meta’s controlling shareholder, according to FT.

Trump was barred from Facebook as well as its sister platform, Instagram, after he was accused of inciting a mob to ransack the congressional building while lawmakers were meeting to certify the election victory of the current president, Joe Biden.

The former president claimed that Biden’s victory was fraudulent and that the election was rife with cheating. However, the courts rejected these claims.

The suspension of Trump, who was recently allowed back on Twitter by new owner Elon Musk, was initially deemed “indefinite” — though executives later said they would consider whether to reinstate the 45th president after two years.

Meta’s decision will likely have significant repercussions regardless of which way it goes. If Trump is reinstated, the company risks a potential flight of advertisers from Facebook and Instagram, a key source of revenue for the platforms.

If the ban remains in place, Meta risks angering the new Republican majority that has just taken control of the House of Representatives.

After Musk officially took over Twitter, he was warned by advertising executives who represent blue-chip brands.

Some elements of both the GOP and the Democrats have threatened to crack down on large tech firms for alleged antitrust violations.