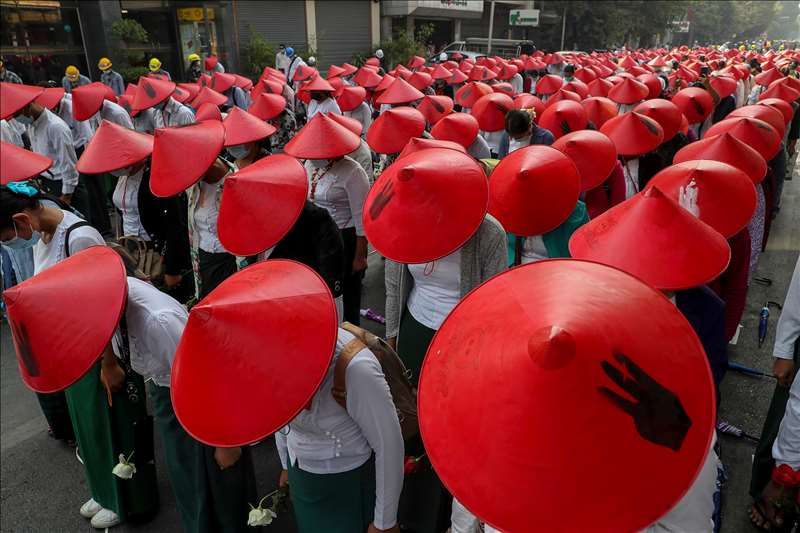 The images ricochet across the planet, as so many do in this dizzying era of film it, upload it, tell it to the world: scenes from a protest-turned-government crackdown, captured at ground level by smartphone users on the streets of Myanmar.

Images shot across barricades and furtively through windows. From behind bushes and through smudged car windshields. Horizontal video. Vertical video. Video captured by people running toward chaos and away from it. People shouting. People helping. People demanding.

The world is watching violent events unfold in Myanmar for many reasons, but perhaps one above all: because it can.

It is a dynamic completely unlike the uprising that spread through the Southeast Asian nation in the pre-internet, pre-smartphone summer of 1988. Then, when student-led demonstrations were violently put down by the government, cementing Myanmar’s global notoriety as an isolated, repressive state, it took months, even years, for the outside world to understand the full story of what had happened.

It’s a vivid example of a technological truism in an age when capturing images has become utterly democratized: If you can glimpse it up close, you’re more likely to pay attention.

In Myanmar today, he says, “The images are not just complementing what’s happening. Over time they become defining of the conflict itself.”

The ability of on-the-ground imagery from amateurs to define a conflict, through still photos and particularly video, has been accelerating for more than a decade.

That came four years after the dawn of YouTube and two years after Apple introduced the iPhone, which ushered in a trio of watershed moments: Amateur video became easily shareable, smartphones with decent-quality video and instant uploads became affordable and many humans suddenly always had cameras in their pockets.

In the case of Myanmar, the sheer amount and quality of the amateur video is particularly striking when contrasted with “8.8.88” — the August 1988 pro-democracy uprising against dictator Ne Win that produced a military coup the following month in the nation then known as Burma.

The imagery out of Myanmar, he says, “brings back bad memories of all the failed democracy protests we’ve had in recent decades around the world. I can’t help thinking of the Arab Spring, which was such an immense disappointment and tragedy, or Tiananmen Square.”

Now pretty much everyone has that infrastructure in their pockets. But does that mean the global attention will last? If precedent is any indication, global news consumers in a landscape weighed down by a glut of imagery may surrender to short attention spans — even if the scenes coming out of Myanmar exhort them to do otherwise.

“It does provide a closer-to-reality kind of understanding,” she says. But beyond that? Perhaps not so much.

“In Myanmar, the first few days it was amazing and then you saw the cracking down, which was horrifying,” Yen says. “But as it goes on, people have a short memory. They forget and the next time they see the image — people who don’t understand what’s going on — they say, `Oh, this is what’s happening,’ and they move on.”