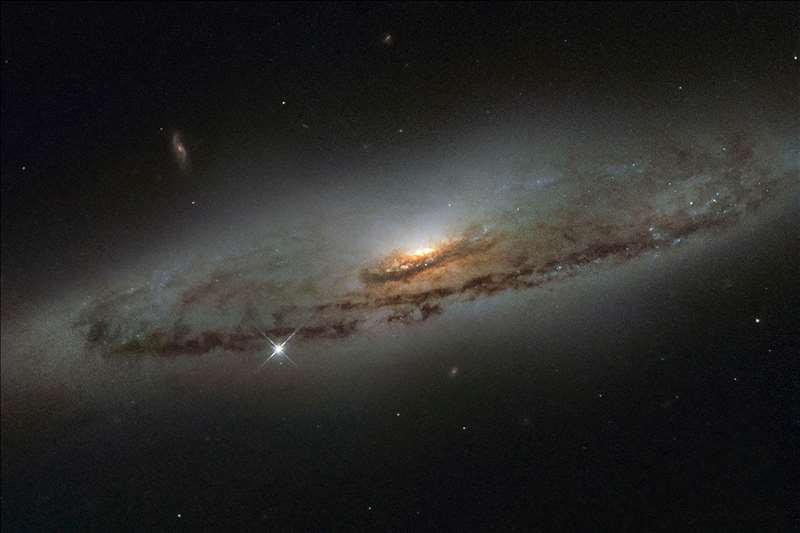 Astronomers at NASA’s Chandra X-ray Observatory have found evidence of a particle jet coming from a supermassive black hole in the early universe.

If this particle jet is confirmed, it would be the most distant supermassive black hole — in a galaxy around 12.7 billion light-years from Earth — with a jet detected in X-rays.

For scientists, this jet may aid in understanding how the biggest black holes formed and grew early in the universe’s history.

The scientists took a close look at PJ352-15 over a period of three days using the Massachusetts-based Chandra telescope to detect evidence for the X-ray jet and X-ray emission was located around 160,000 light-years away from the quasar.

PJ352-15 is a record-breaker, as it is about 300 million light-years farther away than the most distant X-ray jet recorded before it.

In addition, the longest particle jet previously observed from the first billion years after the big bang was only about 5,000 light-years in length, compared with PJ352-15.

Chandra observed light emitted when the universe was only 0.98 billion years old and the intensity of background radiation was much greater than it is now.

The jet’s electrons moving away from the black hole collide with photons that make up the radiation and energize the photons into the X-ray range — increasing the X-ray jet’s brightness and allowing Chandra to pick it up.

“The past decade has been an absolute gold rush of discovery for black holes seen in the first billion years of the universe, with each new finding pushing the limits of what we thought possible,” he told Fox News on Wednesday. “In particular, we’re discovering more massive black holes earlier in the universe than ever, and this is a bit of a challenge – how do you grow to such sizes in so little time?”

Although jets have been proposed as a way to speed up black hole growth, the only jets previously seen have been relatively small, suggesting they’re cosmically young.

“Our results show that these jets can persist for a million years, during which time they can act to speed black hole growth. And the detection of these jets in X-rays — as opposed to at radio frequencies — means there may be many more of these extended jets out there, but we just haven’t looked for them yet,” he explained. “In short, our new results show that X-ray observations may be the key to solving the early black hole growth challenge.”

The process of reaching this conclusion, he said, was arduous.

“The black hole was first flagged for observation almost 10 years ago, before we even knew what it was. In September 2017 we finally measured its redshift, finding that it was in the first billion years of the universe. This, then, led to us proposing for observations with Chandra in March 2018; the community thought highly of our science, and observations were conducted in August and September of 2019,” Connor recalled.