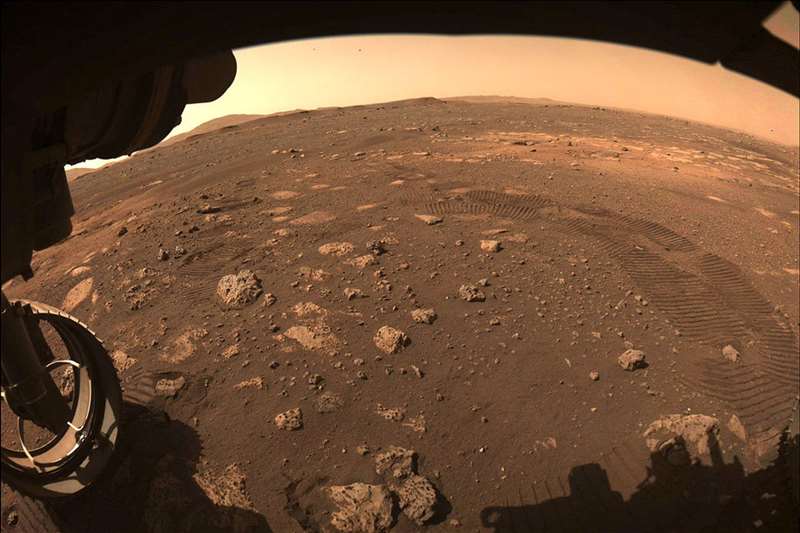 “The rover’s mast, holding the microphone, was still stowed on Perseverance’s deck and so the sound is muffled,” they explained.

“The sounds of 30 impacts are heard, some slightly louder than others. Variations in the intensity of the zapping sounds will provide information on the physical structure of the targets, such as its relative hardness or the presence of weathering coatings,” NASA wrote in a caption. “The target, Máaz (‘Mars’ in Navajo), was about 10 feet (3.1 m) away.”

In the clip with audible wind, the mast on which the microphone sits was still stowed, muffling the sound, which Institut Supérieur de l’Aéronautique et de l’Espace (ISAE-SUPERAO) researcher and planetary scientist Naomi Murdoch discussed during a joint news conference with Centre National D’Etudes Spatiales (CNES) and NASA on Wednesday.

“For that reason, the SuperCam microphone is particularly sensitive. And this allows us to record sounds despite the strong attenuation in the Martian atmosphere,” she said.

The Mars 2020 rover marks the third time the microphone was sent to Mars.