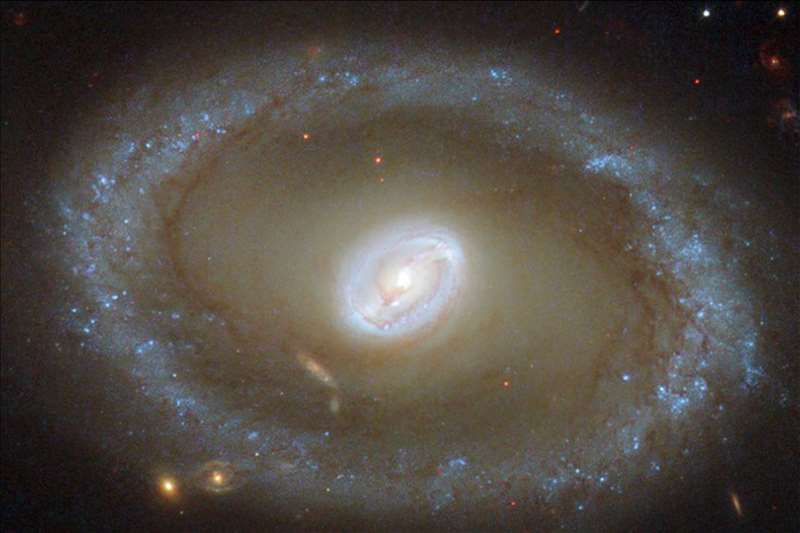 NASA’s Chandra Observatory said Wednesday that it was observing NGC 3081.

NGC 3081 is a barred spiral galaxy located about 86 million light-years from the Earth.

“The galaxy’s center is surrounded by a bright loop known as a resonance ring,” the agency wrote in a tweet. “The ring is filled with dazzling clusters of stars and bursts of new star formation.”

As seen in a previous image from the NASA/ESA Hubble Space Telescope, the galaxy is located in the constellation of Hydra.

The resonance ring Chandra describes is believed to be framing a supermassive black hole within NGC 3081.

These rings form in certain locations called resonances where gravitational effects cause gas to accumulate in certain positions.

The rings can be caused by interactions with nearby objects or a “bar” within the galaxy, which are very effective at gathering gas into these regions — this all leads to star formation.