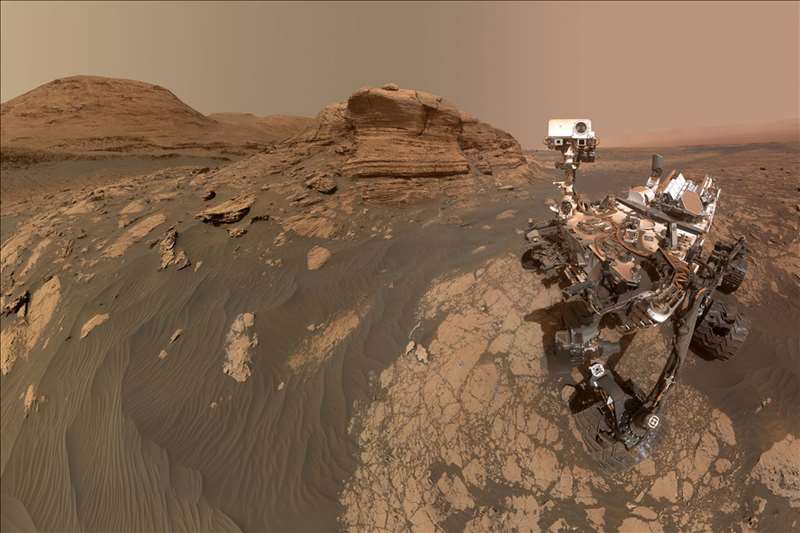 “Wish you were here! This selfie was taken in front of ‘Mont Mercou,’ a rock formation that’s 20ft (6m) tall,” JPL posted, “It’s made up of 60 images from my MAHLI camera and 11 images from my Mastcam. Look close enough to spot a new drill hole – my 30th sample to date.”

Visible to the left of the rover is a hole where its robotic drill sampled a rock named by the scientists as “Nontron” — a village in southeastern France.

Nontron-related nicknames were chosen because Mars orbiters detected nontronite, a type of clay mineral, in the region.

The process was necessary in order for their science team to better understand the rock’s composition and history.

“This area is at the transition between the ‘clay-bearing unit’ Curiosity is departing and the ‘sulfate-bearing unit’ that’s ahead on Mount Sharp, the 3-mile-tall (5-kilometer-tall) mountain that the rover has been rolling up since 2014,” they wrote.

“Scientists have long thought this transition might reveal what happened to Mars as it became the desert planet we see today,” added JPL.