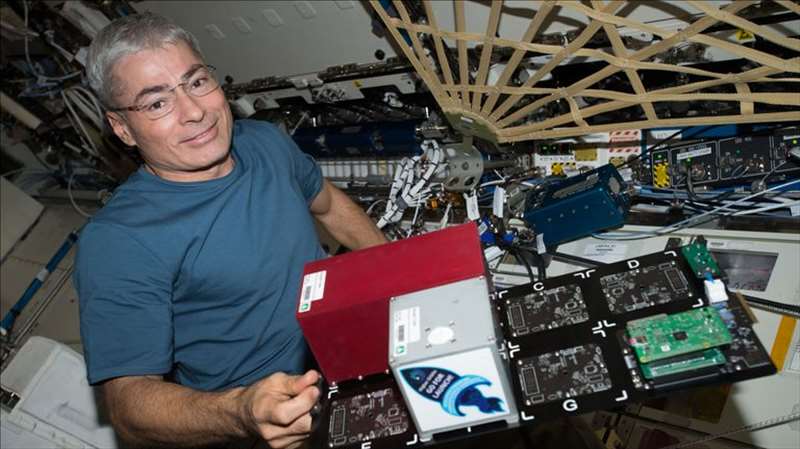 Mark Vande Hei could have to abandon his seat home in the autumn so that a Russian actor is able to shoot a film.

NASA’s next astronaut, Mark Vande Hei, may have to spend an entire year aboard the International Space Station (ISS) due to a Russian space tourist taking part in a film.

Mr Vande Hei confirmed in a press conference on Monday that he might be required to give up his seat on the Soyuz capsule coming back to Earth for the tourist/actor to return.

Both films are expected to shoot around the same time and mean that Mr Vande Hei, who is due to launch on 9 April, and potentially one of the Russian crew, may be forced to wait until Spring 2022 before coming home.

“Honestly, for me, it’s just an opportunity for a new life experience,” he said.

“I’ve never been in space longer than about six months, so if someone tells me I’ve got to stay in space for a year, I’ll find out what that feels like. I’m really enthusiastic about it.”

NASA added the astronaut to the next Soyuz crew to ensure that there was a continuous US presence on the space station in the case that SpaceX’s next flight on 22 April is delayed.

Mr Vande Hei acknowledged that the move was symbolic – the US has maintained a continuous manned presence in space for 20 years – but also practical, as operations on the American side of the station could be hampered if only Russians were aboard.

Mr Vande Hei retired from the US Army in 2016 at the rank of colonel and previously launched to space in 2017, spending 168 days in orbit.

The record for consecutive days in space, 340, was set by NASA’s Scott Kelly in 2016, with Christina Koch coming second recently after spending 328 aboard the ISS.