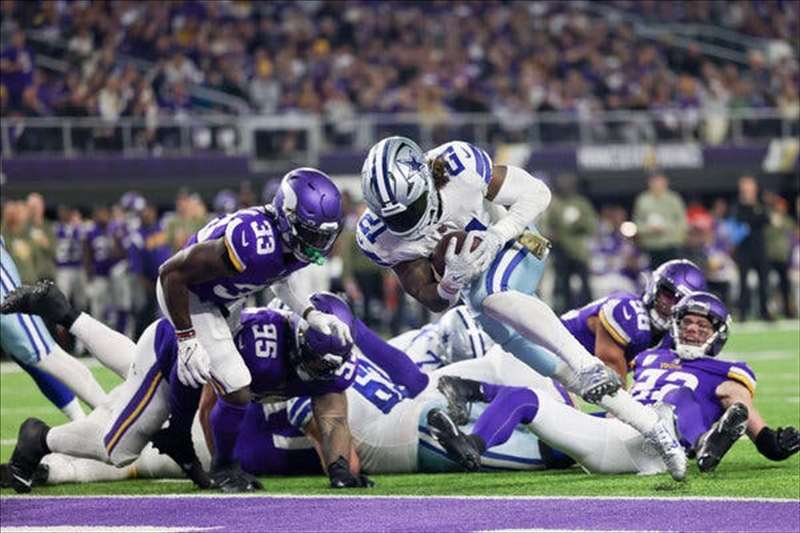 Talks for Sunday Ticket are expected to spill into next year, as Apple faces increased competition from Google for the league’s last available TV rights.

But nearly five months later, the league is still looking for a technology or media company willing to replace DirecTV as the rights holder for Sunday Ticket, which allows fans to watch every N.F.L. game, not just those broadcast in their region. The negotiations are now expected to extend into next year, according to five people familiar with the talks.

The Sunday Ticket negotiations have been closely watched by analysts and executives. Live sports, particularly N.F.L. games, are one of the last remaining staples of traditional television. Who the winning bidder is, how much it pays and how the deal is structured will have seismic implications for the sports, media and technology industries.

Bidding for Sunday Ticket’s valuable package of games could set a precedent for how much tech firms like Apple and Google are willing to pay to take viewers from traditional TV companies, which still rely on cable subscription fees and advertising to stay afloat.

The competitive landscape for Sunday Ticket has shifted as the talks have dragged on, the people familiar with the talks said. Sports and media executives have long considered Apple to be the front-runner, with some involved in the bidding process saying they thought the tech giant had reached an agreement.

But in the absence of a deal, Google has stepped up its pursuit, aiming to win the package for YouTube TV, the company’s streaming-cable service, four of these people said. Other interested bidders include Amazon and Disney’s ESPN.

Robert Kyncl, YouTube’s chief business officer, has played a key role in Google’s pursuit. Though he will take a new job early next year as chief executive of Warner Music Group, Mr. Kyncl has committed to working with YouTube to see the deal through, three people familiar with his priorities said. He has a relationship with Brian Rolapp, the N.F.L.’s chief business officer, who worked with Mr. Knycl during Google’s unsuccessful bid for Sunday Ticket in 2013.

The league’s negotiations with Apple, Google and others have become protracted because it is trying to bundle the package of out-of-market Sunday N.F.L. games with other media assets, including NFL Network and the NFL RedZone channel, according to these people.

Last year, the N.F.L. hired Goldman Sachs to help it explore selling a stake those media businesses. The decision was partly driven by the league’s the recognition that Sunday Ticket competes for subscribers with the RedZone channel, which jumps back and forth among live Sunday football games as teams get close to scoring touchdowns.

By seeking investors in that channel and other media businesses, the N.F.L. must negotiate how to structure a joint venture with an investment partner that would likely want a voice in the co-owned company’s operating structure, these people said.

One media executive who has negotiated with both Apple and the N.F.L. cited another reason for the monthslong impasse: Both sides are used to getting their way in negotiations.

The slowing economy could create another challenge for the N.F.L. as it tries to close a deal that could top $10 billion over its life. Tech and media companies alike are under pressure from Wall Street and investors to cut staff and control spending, a reversal after years of lavish spending.

The downturn has helped sour some Wall Street analysts on Amazon’s $1 billion-a-year deal for “Thursday Night Football.” Tom Forte, an analyst with D.A. Davidson, an investment bank, said he was skeptical that the company would bring in enough new Amazon Prime members or advertising revenue to cover its costs. He added that Amazon’s struggle to make money meant it was highly unlikely to make a serious bid for Sunday Ticket.

“At a time when technology companies are tightening their belts, it would be shocking to see Amazon spend more for N.F.L. rights given the challenges they have already had,” Mr. Forte said.

Google has also faced pressure to cut costs and thin its ranks. After reporting in October that sales had slowed on YouTube and search, Google’s executives committed to cut hiring in half and reduce spending.

But Mr. Kyncl has said cutting a deal for Sunday Ticket wouldn’t be subject to the company’s belt-tightening, said two people familiar with his thinking. He has said it would be a good investment because of the YouTube TV subscribers it would deliver, which could rival the estimated two million subscribers whom DirecTV credits to its current Sunday Ticket deal.

Apple has avoided a slowdown in its business for much of the year, but an outbreak of Covid-19 at its largest iPhone factory in China derailed production and could reduce its sales over the Christmas holidays. Still, Tim Cook, Apple’s chief executive, has said he believes in investing through a downturn, and a deal with the N.F.L. for a decade would fit that philosophy.

As Sunday Ticket talks languished, the N.F.L. focused on a separate search for an independent studio that could help produce and distribute football-related movies alongside the league. NFL Films, which makes documentaries and other shows, put out a proposal that drew interest from bidders including Sony, A24, North Road and Skydance, the studio that co-produced “Top Gun: Maverick,” according to two people familiar with the search.

Mr. Rolapp, who led negotiations for the league, met with bidders in recent months and settled on Skydance Sports, which will team up with the N.F.L. to develop and distribute film and TV projects. One of the N.F.L.’s biggest objectives is marketing the sport by reaching younger audiences and viewers outside the United States.