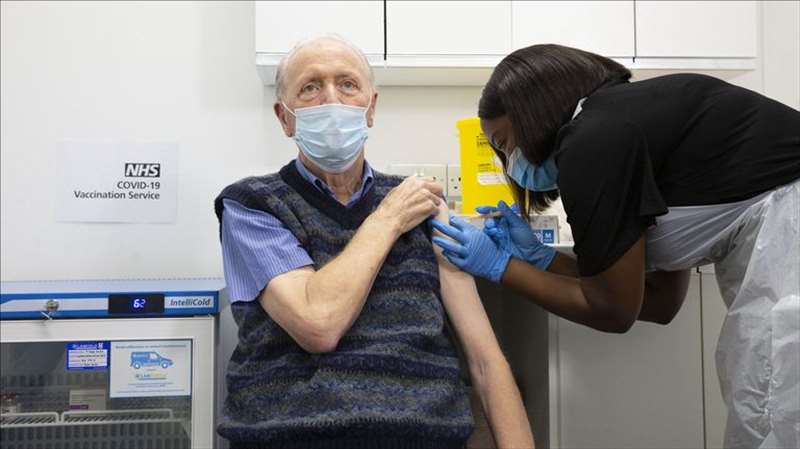 Researchers urged European countries that are not giving the AstraZeneca vaccine to over-65s to do so after their findings.

The Pfizer-BioNTech and Oxford-AstraZeneca coronavirus vaccines are both highly effective at preventing over-80s from being admitted to hospital, according to a new study.

Professor Adam Finn, professor of paediatrics and chief investigator of the study at the University of Bristol, said his team took a different approach, using a smaller geographical area and looking at patients in much more detail.

They studied each patient from when their symptoms started – not just when they were admitted to hospital – and instead of relying on large databases, they carefully studied every aspect of each patient’s medical history.

He said: “We are finding similar results but using fundamentally different approaches so this provides confidence in the results overall.

“Their results confirm ours and ours confirm theirs. There is stronger and stronger evidence that one dose of either vaccine is highly protective against hospitalisations and serious illness.”

The Bristol study initially found the Pfizer vaccine was 71.4% effective in preventing hospital admissions in over-80s when they started the study in December, when the rollout began.

Prof Finn explained that was due to the rollout being unstable at first, with people who were shielding possibly getting infected on their way in and people desperate to get the vaccine but already infected also coming forward.

The effectiveness of the AstraZeneca vaccine for elderly people has been questioned over the past month by several European countries because the initial trial did not include a large number of over-65s.

Countries including France, Germany and Spain have not allowed people over 65, or 55 in Spain’s case, to be given the AstraZeneca vaccine, leaving doses languishing in stores.

French President Emmanuel Macron made a partial U-turn this week and France is now allowing those aged 65-74 with other health conditions to be vaccinated with the AstraZeneca jab.

Prof Finn said: “This study is much more important for non-UK countries, as we’ve had a very high uptake. Lots of AstraZeneca doses in European countries are not being given.

“Here’s the data showing you can save lives by giving the AstraZeneca vaccine to older people – and those countries need to start giving those vaccines to older people.”

PHE’s study, released on Monday, found that a single dose of either vaccine is around 80% effective at preventing hospital admission in people aged over 70 – three to four weeks after one dose.

Researchers in Scotland found four weeks after the first dose of either vaccine, they were 81% effective at preventing hospital admissions in over-80s.

The Bristol study will continue to look at vaccinated people admitted to hospital with lower respiratory tract disease and will report more findings for different age groups as more people are vaccinated.