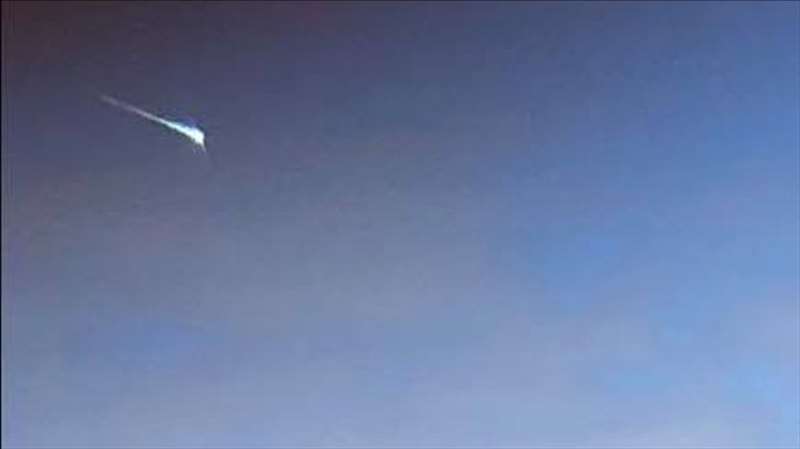 The extraordinarily bright flash and loud sonic boom was heard across the south of England and north of France.

A sonic boom-type explosion heard across France, Wales, and England this weekend has been tied to an extremely rare “daytime fireball” meteor believed to have crashed into the Bristol Channel.

The Ministry of Defence said that the noise – accompanied by a bright flash in the sky according to witnesses in France, England, Wales and even Jersey – was not caused by an RAF aircraft.

Experts who have analysed pictures and videos of this bright light have said that they believe it shows an extremely rare “daytime fireball”, adding that the meteor must have been very large to have been visible at around 3pm.

Steve Jones, a birdwatcher from Pembrokeshire in Wales, reported seeing a meteorite on Saturday afternoon.

Mr Jones described a “bright white ball with an iridescent tail (metallic green and white)” shooting past Abercastle in an eastern direction towards Pembrokshire.

Saturday’s fireball received many reports from north western France, with some witnesses and satellite data suggesting the fireball crashed into the sea in the Bristol Channel.

The extraordinary brightness of the meteor – flashing so bright it was visible during the daytime – suggests it was a very large bolide meteor, the brightest type, with an apparent luminosity comparable to the full moon.

People in Jersey called the coastguard and the police to report the bright streak of light plunging down through the skies, although authorities said they were satisfied that the incident was a meteor.

Meteorite hunters say that if the bolide was bright enough to be seen during the day and substantial enough to cause a sonic boom, it is likely to have left remnants somewhere on Earth.