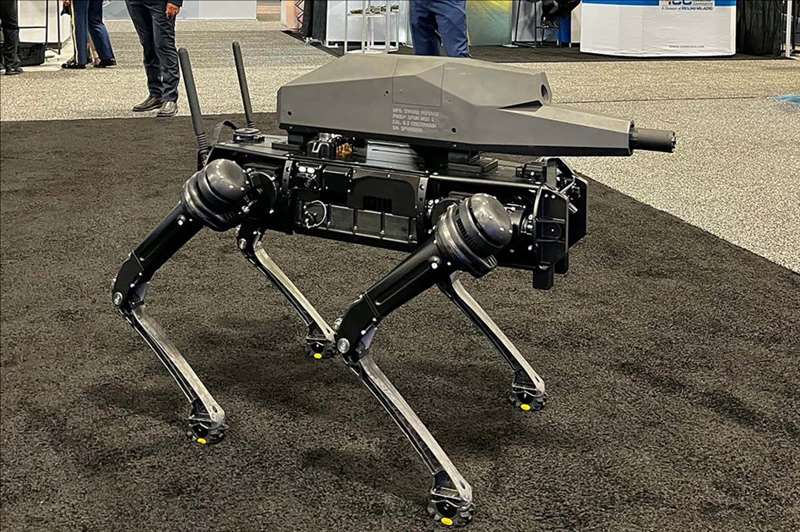 Boston Dynamics filed a lawsuit in a Delaware court this week against Philadelphia-based Ghost Robotics, alleging that the firm violated Boston Dynamics’ patents on its quadrupedal robot designs, even as it makes them available to be deployed for violent purposes.

“We believe that adding weapons to robots that are remotely or autonomously operated raises new risks of harm and serious ethical issues,” Boston Dynamics wrote in an open letter in October.

“Weaponized applications of these newly-capable robots will also harm public trust in the technology in ways that damage the tremendous benefits they will bring to society,” the company added.

Ghost Robotics, on the other hand, already has a contract with the US Air Force for the use of its bots. Last year, Ghost made headlines after showing off a robot dog with an automated rifle mounted on its back at a Washington DC trade show.

“We’re selling to the military, we don’t know what they do with them. We’re not going to dictate to our government customers how they use the robots,” Parikh told TechCrunch last year.

“Are we going to promote and advertise any of these weapon systems? Probably not.”

The NYPD made brief use of Boston Dynamics’ four-legged-robot “Spot” in 2021 for non-violent tasks like inspecting suspicious packages or searching structurally dangerous environments.

The city pulled the plug on its contract with the robot designer in March 2021 after widespread feedback from New Yorkers that the robots were creepy and unsettling.

The Boston Dynamics lawsuit states that the company first sent Ghost Robotics a letter in June asking the company to review its patents. After hearing nothing back, the company sent a series of cease and desist letters that went unanswered.