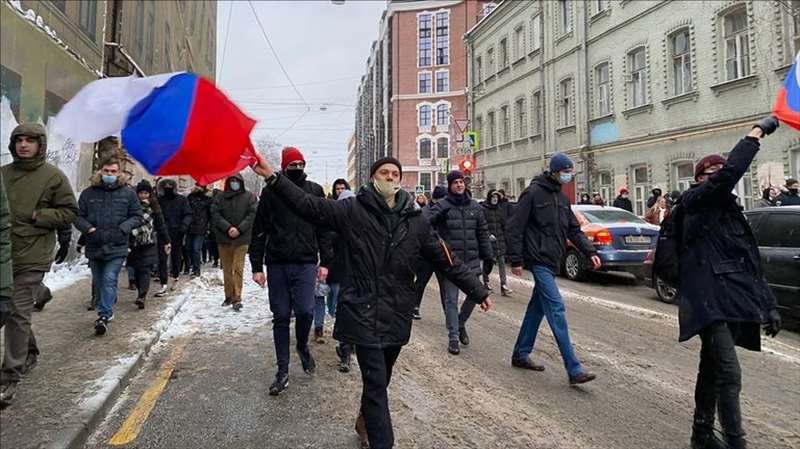 In what authorities say is a coincidence, at the same time Twitter was throttled the website for the Kremlin went down too.

Authorities in Russia are cracking down on social media companies in the wake of protests following the arrest of opposition leader Alexei Navalny.

It comes as the country’s media regulator Roskomnadzor also announced that it was throttling citizens’ access to Twitter, accusing the American company of failing to remove thousands of posts relating to drugs and pornography.

Even the wife of the Russian opposition leader was ordered to pay a fine of 20,000 roubles (£192.33) after attending a protest in February demanding her husband’s release from prison.

In a statement from the Kremlin, the Russian government said that Moscow had no desire to block anything, but stressed that companies needed to follow Russian law.

Mr Putin had passed a law in 2019 which gave Roskomnadzor the authority to block social media platforms if they were deemed to have discriminated against Russia.

As the throttling came into effect on Tuesday a number of Russian government websites also went down, including those for the Kremlin and for Roskomnadzor.

Officials said the outages were unrelated to the Twitter action and instead caused by technical issues at Rostelecom, the country’s partially public-owned internet provider.

According to the regulator, Twitter had failed to remove content inciting the suicide of minors, providing information on drug use, and containing indecent images of children.

Roskomnadzor said it had “filed over 28,000 preliminary and repeated orders to delete unlawful links and publications,” of which 3,168 remain unblocked.

A spokesperson for Twitter said: “We are aware of reports that Twitter is being intentionally slowed down broadly and indiscriminately in Russia due to apparent content removal concerns.

“Let us be clear – we have a zero-tolerance policy regarding child sexual exploitation, it is against the Twitter Rules to promote, glorify or encourage suicide and self harm, and we do not allow the use of Twitter for any unlawful behaviour or to further illegal activities, including the buying and selling of drugs.

“We remain committed to advocating for the Open Internet around the world and are deeply concerned by increased attempts to block and throttle online public conversation,” they added.