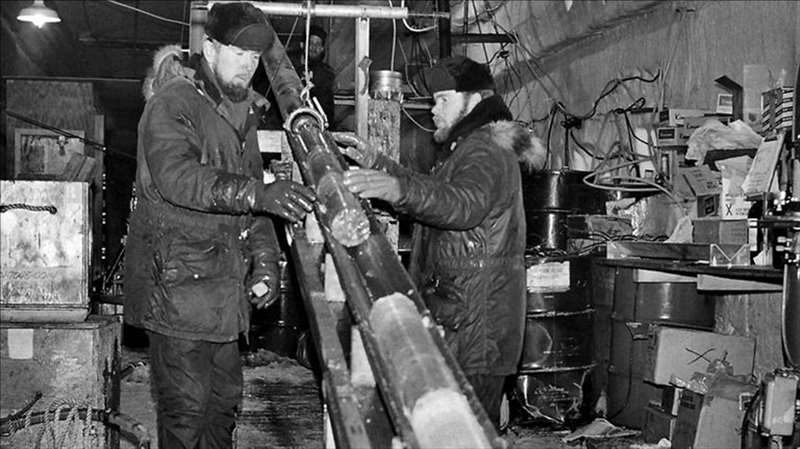 A secret US Army mission to bury nuclear missiles beneath the Arctic ice led to the discovery of a startling truth.

When American military scientists drilled a mile down into Greenland’s ice sheet during the Cold War in 1966, and filled a 15ft canister of dirt, they did not know what secrets they would find inside.

The drilling took place as part of an ultimately unsuccessful secret mission called Project Iceworm, which aimed to conceal 600 nuclear missiles beneath the ice and close to the Soviet Union.

In the end, they not only failed to hide their nuclear missiles, but found nothing from the canister either – because they lost the tube in a freezer for decades until being accidentally rediscovered.

When scientists looked at the sample under a microscope, they were shocked to discover that the sediment sample didn’t contain just sand and rock, but also twigs and leaves.

The discovery, made by University of Vermont scientist Andrew Christ, suggested that the mile-deep ice sheet had not been present on Greenland in recent geologic past.

Instead there had been a vegetated landscape covering a chunk of the planet the size of Alaska as recently as a few hundred thousand years ago, as new research has found.

Dr Christ and an international team of colleagues – led by Paul Bierman at Vermont, Joerg Schaefer at Columbia University and Dorthe Dahl-Jensen at the University of Copenhagen – made that assessment while studying the samples.

“Ice sheets typically pulverise and destroy everything in their path,” said Christ. “But what we discovered was delicate plant structures – perfectly preserved.

“They’re fossils, but they look like they died yesterday. It’s a time capsule of what used to live on Greenland that we wouldn’t be able to find anywhere else,” he added.

The discovery confirms a troubling fact about Greenland’s ice – that it has melted off entirely during warm periods in Earth’s history, such as the one now driven by man-made climate change.

Understanding how the ice sheet on Greenland melted in the past will help us understand how it will respond to warming in the future.

Scientists believe that 20ft of sea-level rise is tied up in the ice sheet on top of continental Greenland, which could put every coastal city in the world at risk.

As the University of Vermont warns: “The new study provides the strongest evidence yet that Greenland is more fragile and sensitive to climate change than previously understood—and at grave risk of irreversibly melting off.”

Paul Bierman, the lead researcher and a geoscientists at Vermint, said: “This is not a twenty-generation problem. This is an urgent problem for the next 50 years.”

The research was published in the Proceedings of the National Academy of Sciences.