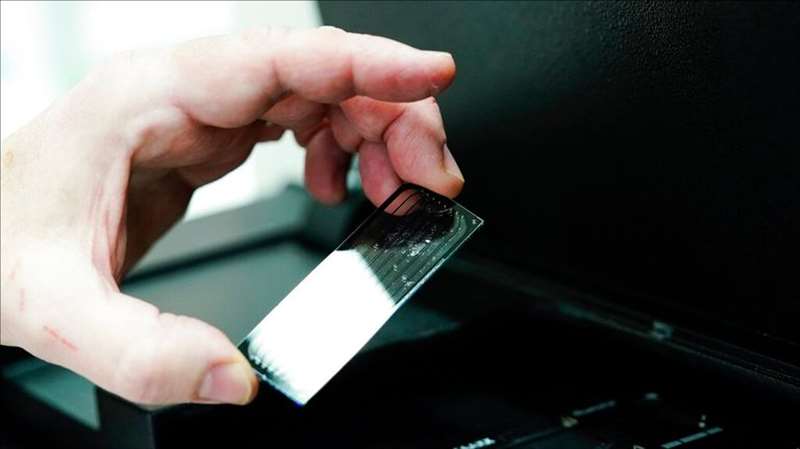 Breakthrough research proves it is possible to collect DNA samples from skin cells shed into the air.

In a breakthrough proof-of-concept test, scientists have managed to take human DNA samples from the air, which could have applications in forensic investigations.

Environmental DNA (eDNA) is an emerging field allowing scientists to conduct bio monitoring and ecological research by sampling the environment for DNA, which is later analysed.

It has previously been used in aquatic environments, as well as from substances such as soil and snow, but now researchers from Queen Mary University of London have managed to successfully collect eDNA samples from the air.

eDNA comes from a range of sources, including saliva, urine and skin cells which are filtered out of substrates such as water, or in this case, air.

It has become an important tool to help scientists identify species in different environments, but nobody had yet tested whether it could be done using thin air.

To test whether they could collect eDNA from mammals, the team led by Dr Elizabeth Clare targeted a colony of naked mole-rats which had inhabited a dedicated housing room for more than a year, and thus was likely have a significant amount of shed skin cells in the environment.

Using commercially available filters and air pump, the team collected their air and particulate samples into sterile plastic chambers for examination. The samples were then genetically sequenced.

They found that the eDNA samples collected not only included cells shed by the naked mole-rats, but also those shed by the humans who had been looking after them.

“And then we thought: ‘No, that’s a different form of DNA. We’re just mammals in the environment as well’.”

The paper, which is published in the journal PeerJ, describes itself as demonstrating “for the first time, that air may also be a viable substrate for the collection of environmental DNA from animal life”.

“Our results suggest that there is strong potential to use air as a source of DNA,” the researchers write.

“We particularly suspect that airDNA will be useful in confined spaces such as manmade structures, tree hollows, caves and subterranean systems where dilution effects may be minimal and mixed species groups are hard to assay visually (e.g., dark or inaccessible).”

They added that although it was not their target, they realise that as the air samples contained human DNA, the technology could have applications in forensics investigations, particularly with forensic archaeology in caves or similar locations.

However they warn that the potential of air as a DNA source in forensics “may also represent a contaminant which may swamp target trace sources” and stress that much more work may be needed.