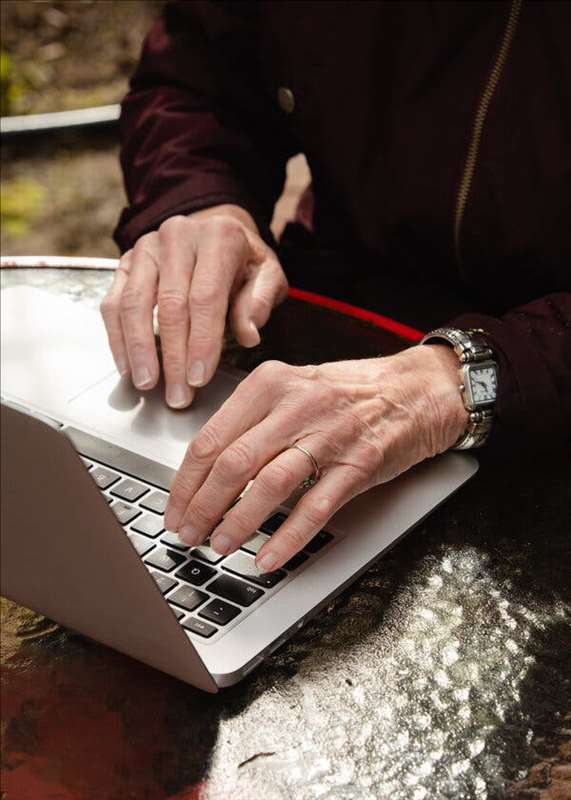 Older adults living alone often lack access or an understanding of technology, and many are unsure how to sign up for an appointment.

Before the pandemic, Ms. Carlin, who is 84, loved to go on walks in Novato, Calif., with her grandchildren and dance at the senior center. Since March, though, she has been stuck indoors. She has been eager to sign up for a vaccine and begin returning to normal life.

But booking an appointment has been a technological nightmare. Ms. Carlin cannot afford to buy a computer, and would not know how to navigate the internet in search of a shot even if she could. While members of her family might be able to help her there, she avoids seeing them as a safety precaution.

“It’s very frustrating,” Ms. Carlin said on her flip phone. “I feel like everybody else got the vaccine, and I didn’t.”

The chaotic vaccine rollout has come with a maze of confusing registration pages and clunky health care websites. And the technological savvy required to navigate the text alerts, push notifications and email reminders that are second nature to the digital generation has put older adults like Ms. Carlin, who need the vaccine the most, at a disadvantage. As a result, seniors who lack tech skills are missing out on potentially lifesaving shots.

“We’re running into a crisis where connectivity is a life-or-death alternative for people,” said Tom Kamber, the executive director of Older Adults Technology Services, a nonprofit that trains seniors to use technology. “It couldn’t get much more stark than people being told, ‘If you go outside, you’re likely to be at risk of dying.’”

Federal agencies like the Administration for Community Living, a division of the Department of Health and Human Services, as well as nonprofits, say they are doing what they can to guide older adults, but they are stretched thin. (Seniors can call the Administration for Community Living’s Eldercare Locator number for assistance at 1-800-677-1116.)

“I don’t know where to go,” said Cheyrl Lathrop, a 74-year-old resident of Richmond, Va., who has watched younger, more tech-literate people nearby find ways to be vaccinated. “I get frustrated with the computer, and then I just give up.”

Some seniors are relying on younger relatives to browse websites and stay up at all hours in hopes of booking a slot. Ms. Lathrop’s daughter, Sheri Blume, got her mother an appointment after weeks of searching.

Terez Mays-Jones of Alpharetta, Ga., had a similar experience looking for shots in Cincinnati, where her 73-year-old mother, Jacqueline Sims, lives.

“It became a secondary job,” Ms. Mays-Jones, 53, said. “I was doing all these searches at all times of the day and evening.”

Ms. Sims knows her way around Facebook and Instagram but still sometimes relies on her daughter for help online, and said older adults often felt “intimidated” by technology.

“At our age, we’re not used to making so many mistakes, or we don’t want to admit to our mistakes,” said Ms. Sims, who eventually secured a shot thanks to a tip from a cousin.

Plenty of seniors do feel comfortable texting, tweeting and surfing the internet. But for those who do not, taking the time to learn a new skill often feels daunting, Mr. Kamber said. Older Adults Technology Services has taught 48,000 people how to get started online since the pandemic began, he said, and operates a tech support hotline. When vaccine sign-ups began, staff on the phones fielded thousands of questions about how to book appointments.

In Akron, Ohio, 78-year-old Lee Freund said every hospital, pharmacy and grocery store she had called in search of a vaccine directed her to a series of confusing web pages. Ms. Freund managed to accidentally sign up for grocery delivery, but had no luck wrangling a shot. She ended up in tears.

“When you’re alone, it’s frustrating, it’s overwhelming, and it’s very emotional,” said Ms. Freund, whose husband died last year. She said she did not call her children for help because she did not want to be a burden. “It almost made me think, ‘I don’t think that this is worth it.’”

Ms. Freund finally found help with the nearby Area Agency on Aging, where a woman secured her an appointment.

Aging-network organizations “have been overwhelmed by the needs and the demands that they have and are struggling themselves working through the pandemic,” Ms. Smith said in an interview. “We have under-resourced this, and we are seeing the effects of it.”

The coronavirus relief bill passed by the House includes $470 million for supportive services for older Americans, including vaccine outreach. The Administration for Community Living is working with the C.D.C. on a public awareness campaign for seniors, said Edwin Walker, the group’s deputy assistant secretary for aging. But that initiative is still in the planning stage.

For those still waiting for their shot, though, hope seems far away. In Novato, Ms. Carlin spends her time watching the news on television in case there’s a mention of where to get a shot. A granddaughter has been trying to find one for her, but without success.

“I’m used to getting out and going and going and doing everything,” she said. If she were vaccinated, “I could go on with life, but now I feel like I’m on hold.”