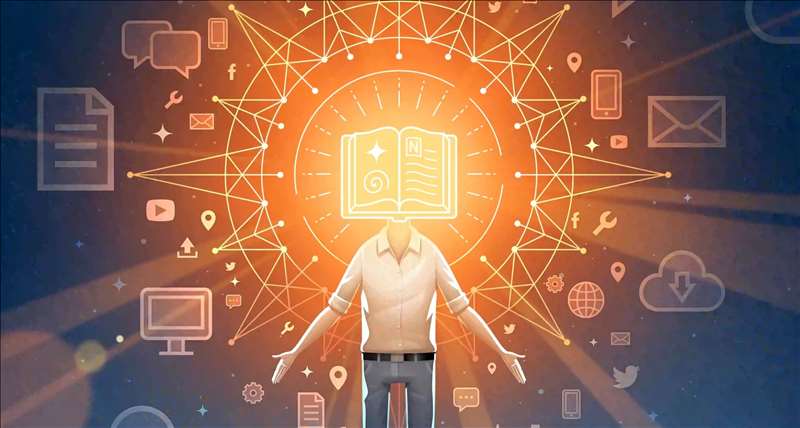 Slate Star Codex was a window into the psyche of many tech leaders building our collective future. Then it disappeared.

The website had a homely, almost slapdash design with a light blue banner and a strange name: Slate Star Codex.

It was nominally a blog, written by a Bay Area psychiatrist who called himself Scott Alexander (a near anagram of Slate Star Codex). It was also the epicenter of a community called the Rationalists, a group that aimed to re-examine the world through cold and careful thought.

“It is the one place I know of online where you can have civil conversations among people with a wide range of views,” said David Friedman, an economist and legal scholar who was a regular part of the discussion. Fellow commenters on the site, he noted, represented a wide cross-section of viewpoints. “They range politically from communist to anarcho-capitalist, religiously from Catholic to atheist, and professionally from a literal rocket scientist to a literal plumber — both of whom are interesting people.”

The voices also included white supremacists and neo-fascists. The only people who struggled to be heard, Dr. Friedman said, were “social justice warriors.” They were considered a threat to one of the core beliefs driving the discussion: free speech.

As the national discourse melted down in 2020, as the presidential race gathered steam, the pandemic spread and protests mounted against police violence, many in the tech industry saw the attitudes fostered on Slate Star Codex as a better way forward. They deeply distrusted the mainstream media and generally preferred discussion to take place on their own terms, without scrutiny from the outside world. The ideas they exchanged were often controversial — connected to gender, race and inherent ability, for example — and voices who might push back were kept at bay.

Slate Star Codex was a window into the Silicon Valley psyche. There are good reasons to try and understand that psyche, because the decisions made by tech companies and the people who run them eventually affect millions.

And Silicon Valley, a community of iconoclasts, is struggling to decide what’s off limits for all of us.

At Twitter and Facebook, leaders were reluctant to remove words from their platforms — even when those words were untrue or could lead to violence. At some A.I. labs, they release products — including facial recognition systems, digital assistants and chatbots — even while knowing they can be biased against women and people of color, and sometimes spew hateful speech.

Why hold anything back? That was often the answer a Rationalist would arrive at.

And perhaps the clearest and most influential place to watch that thinking unfold was on Scott Alexander’s blog.

“It is no surprise that this has caught on among the tech industry. The tech industry loves disrupters and disruptive thought,” said Elizabeth Sandifer, a scholar who closely follows and documents the Rationalists. “But this can lead to real problems. The contrarian nature of these ideas makes them appealing to people who maybe don’t think enough about the consequences.”

The allure of the ideas within Silicon Valley is what made Scott Alexander, who had also written under his given name, Scott Siskind, and his blog essential reading.

But in late June of last year, when I approached Mr. Siskind to discuss the blog, it vanished.

But it was the other stuff that made the Rationalists feel like outliers. They were “easily persuaded by weird, contrarian things,” said Robin Hanson, a professor of economics at George Mason University who helped create the blogs that spawned the Rationalist movement. “Because they decided they were more rational than other people, they trusted their own internal judgment.”

The community was organized and close-knit. Two Bay Area organizations ran seminars and high-school summer camps on the Rationalist way of thinking.

“The curriculum covers topics from causal modeling and probability to game theory and cognitive science,” read a website promising teens a summer of Rationalist learning. “How can we understand our own reasoning, behavior, and emotions? How can we think more clearly and better achieve our goals?”

The Rationalists held regular meet-ups around the world, from Silicon Valley to Amsterdam to Australia. Some lived in group houses. Some practiced polyamory. “They are basically just hippies who talk a lot more about Bayes’ theorem than the original hippies,” said Scott Aaronson, a University of Texas professor who has stayed in one of the group houses.

For Kelsey Piper, who embraced these ideas in high school, around 2010, the movement was about learning “how to do good in a world that changes very rapidly.”

Yes, the community thought about A.I., she said, but it also thought about reducing the price of health care and slowing the spread of disease.

Slate Star Codex, which sprung up in 2013, helped her develop a “calibrated trust” in the medical system. Many people she knew, she said, felt duped by psychiatrists, for example, who they felt weren’t clear about the costs and benefits of certain treatment.

“There is something really appealing about somebody explaining where a lot of those ideas are coming from and what a lot of the questions are,” she said.

It was, he said, essential reading among “the people inventing the future” in the tech industry.

Mr. Altman, who had risen to prominence as the president of the start-up accelerator Y Combinator, moved on to other subjects before hanging up. But he called back. He wanted to talk about an essay that appeared on the blog in 2014.

But as the man behind Slate Star Codex saw it, there was one group the Blue Tribe could not tolerate: anyone who did not agree with the Blue Tribe. “Doesn’t sound quite so noble now, does it?” he wrote.

Mr. Siskind was not a member of the Blue Tribe. He was not a voice from the conservative Red Tribe (“opposing gay marriage,” “getting conspicuously upset about terrorists and commies”). He identified with something called the Grey Tribe — as did many in Silicon Valley.

The Grey Tribe was characterized by libertarian beliefs, atheism, “vague annoyance that the question of gay rights even comes up,” and “reading lots of blogs,” he wrote. Most significantly, it believed in absolute free speech.

The essay on these tribes, Mr. Altman told me, was an inflection point for Silicon Valley. “It was a moment that people talked about a lot, lot, lot,” he said.

And in some ways, two of the world’s prominent A.I. labs — organizations that are tackling some of the tech industry’s most ambitious and potentially powerful projects — grew out of the Rationalist movement.

Like the Rationalists, they believed that A.I could end up turning against humanity, and because they held this belief, they felt they were among the only ones who were prepared to build it in a safe way.

Part of the appeal of Slate Star Codex, faithful readers said, was Mr. Siskind’s willingness to step outside acceptable topics. But he wrote in a wordy, often roundabout way that left many wondering what he really believed.

Mr. Aaronson, the University of Texas professor, was turned off by the more rigid and contrarian beliefs of the Rationalists, but he is one of the blog’s biggest champions and deeply admired that it didn’t avoid live-wire topics.

“It must have taken incredible guts for Scott to express his thoughts, misgivings and questions about some major ideological pillars of the modern world so openly, even if protected by a quasi-pseudonym,” he said.

It was the protection of that “quasi-pseudonym” that rankled Mr. Siskind when I first got in touch with him. He declined to comment for this article.

In 2013, Mr. Thiel invested in a technology company founded by Mr. Yarvin. So did the venture capital firm Andreessen Horowitz, led in the investment by Balaji Srinivasan, who was then a general partner.

“If things get hot, it may be interesting to sic the Dark Enlightenment audience on a single vulnerable hostile reporter to dox them and turn them inside out with hostile reporting sent to *their* advertisers/friends/contacts,” Mr. Srinivasan said in an email viewed by The New York Times, using a term, “Dark Enlightenment,” that was synonymous with the neoreactionary movement.

But others, like Mr. Thiel, urged their colleagues to keep quiet, saying in emails that they were confident the press would stay away. They were right.

In late June of last year, not long after talking to Mr. Altman, the OpenAI chief executive, I approached the writer known as Scott Alexander, hoping to get his views on the Rationalist way and its effect on Silicon Valley. That was when the blog vanished.

The issue, it was clear to me, was that I told him I could not guarantee him the anonymity he’d been writing with. In fact, his real name was easy to find because people had shared it online for years and he had used it on a piece he’d written for a scientific journal. I did a Google search for Scott Alexander and one of the first results I saw in the auto-complete list was Scott Alexander Siskind.

Mr. Siskind said in a late-night post on Slate Star Codex that he was going to remove his blog from the internet because The Times threatened to reveal his full name. He said this would endanger him and his patients because he had attracted many enemies online.

I woke up the next morning to a torrent of online abuse, as did my editor, who was named in the farewell note. My address and phone number were shared by the blog’s readers on Twitter. Protecting the identity of the man behind Slate Star Codex had turned into a cause among the Rationalists.

More than 7,500 people signed a petition urging The Times not to publish his name, including many prominent figures in the tech industry. “Putting his full name in The Times,” the petitioners said, “would meaningfully damage public discourse, by discouraging private citizens from sharing their thoughts in blog form.” On the internet, many in Silicon Valley believe, everyone has the right not only to say what they want but to say it anonymously.

But for Kelsey Piper and many others, the main issue came down to the name, and tying the man known professionally and legally as Scott Siskind to his influential, and controversial, writings as Scott Alexander. Ms. Piper, who is a journalist herself, for the news site Vox, said she did not agree with everything he had written, but she also felt his blog was unfairly painted as an on-ramp to radical views. She worried his views could not be reduced to a single newspaper story.

I assured her my goal was to report on the blog, and the Rationalists, with rigor and fairness. But she felt that discussing both critics and supporters could be unfair. What I needed to do, she said, was somehow prove statistically which side was right.

When I asked Mr. Altman if the conversation on sites like Slate Star Codex could push people toward toxic beliefs, he said he held “some empathy” for these concerns. But, he added, “people need a forum to debate ideas.”

In his first post, Mr. Siskind shared his full name.