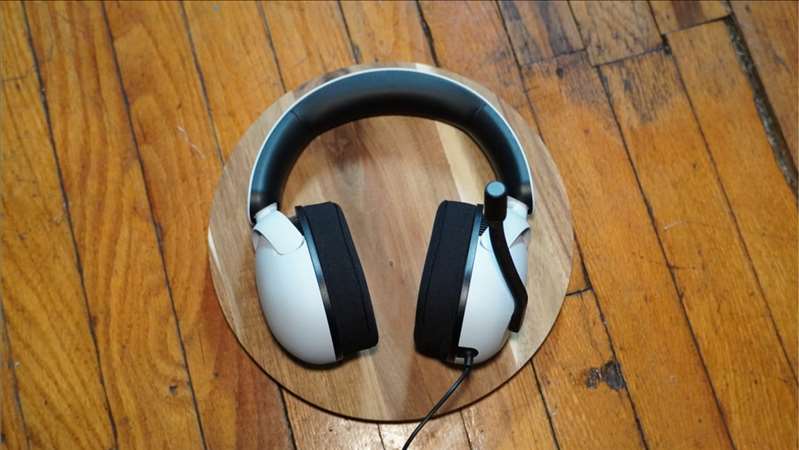 Should you buy the Sony Inzone H3?

The Inzone H3 is a wired-only version that connects to devices via jack or USB.

Sony’s Inzone H9 and H7 are premium wireless gaming headsets with almost nothing separating them beyond the active noise cancelationin the former. While the Inzone H3 may bear the same name as its pricier siblings, Sony made considerable changes to price it at $100, less than half the cost of the Inzone H7 and a full third the price of the Inzone H9.

The Inzone H3 is a simpler headset with a wired connection. It can use either a 3.5mm combo jack or a USB-A DAC. The DAC provides a clean audio connection that can be handy for a bad motherboard (mine likes to mix audio output into the incoming mic signal), though it makes the cable a little unwieldy at almost 5 feet from the headset’s cable and 6 feet from the DAC’s cable. Sony didn’t include a clip on the DAC either, so it will just dangle.

The cushions on the ear pads are quite comfortable despite their smaller size.

Sony went with less dense foam in the ear cushions and headband, giving it a cheaper feel. The Inzone H3 also adopts a more traditional approach to connect the headband to each ear cup, but it still provides plenty of flexibility. Pleasantly, the ear cups actually shrunk a little (about 0.2 inches narrower and shorter) from the behemoth Inzone H7 and H9, but they’re still quite large and only weigh half an ounce less. Despite the downgrades, the headset remains modestly comfortable even for several hours of gaming in one stretch.

The flip-to-mute boom mic is pleasingly crisp, with a clean reproduction of my voice and satisfactory fullness. Though the unidirecitonal mic pics up more noise from my mouse than its premium siblings while gaming, my voice actually sounds better thanks to the wired connection to my PC. The quality of mic audio is frequently sacrificed on wireless headsets, but it’s still surprising to see the Inzone H3 stand out even against Sony’s other options.

For the price, you’re better off with a different version of the Inzone or a different headset altogether.

As serviceable as the Sony Inzone H3 headset is, there’s not much to make it stand out, even on sale at $78. It has little in the way of fancy features beyond its very simple DAC and the option to enable 360-degree spatial audio, which comes with a noticeable dip in audio quality (extra hiss) and is a fairly common feature for headsets in this price range.

You won’t be ill-served by the Sony Inzone H3, but you’d be better off bying a different headset and might even save a bit of money at the same time.

Mark Knapp has covered tech for most of the past decade, keeping readers up to speed on the latest developments and going hands-on with everything from phones and computers to e-bikes and drones to separate the marketing from the reality. Catch him on Twitter at @Techn0Mark or on Reviewed, IGN, TechRadar, T3, PCMag, and Business Insider.