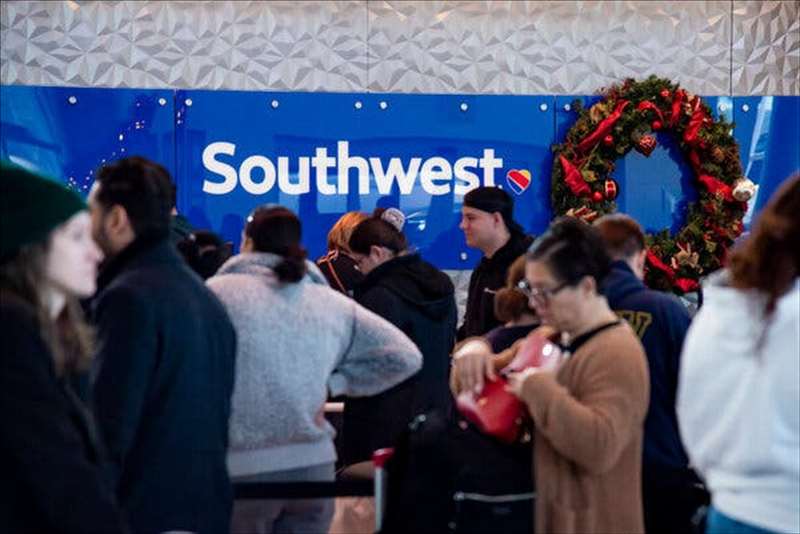 The airline has not said how soon it will upgrade the systems that contributed to mass flight cancellations, or how much that will cost.

The crisis shows what can go wrong when a company that millions of people rely on moves too slowly to invest in crucial but unglamorous parts of its operation. Southwest struggled to recover from frigid weather after its crew scheduling processes failed to keep up with flight cancellations and quickly reassign pilots and flight attendants.

“A number of their employees, flight attendants and pilots, have been warning about this for years — that they were underinvesting and that they were one storm away from disaster,” said Helane Becker, a managing director and senior analyst at Cowen, an investment bank.

Southwest said on Friday that it now expects to report a loss in the final three months of 2022. About half of the cost it expects to incur in that quarter — $400 million to $425 million — relates to revenue lost from the canceled flights. The remaining amount stems from spending on customer reimbursements, the value of loyalty points offered to affected passengers and overtime pay for employees.

Southwest canceled about as many flights in the last 10 days of 2022 as it did in the 10 months prior, according to FlightAware data. The airline declined to disclose how many passengers were affected by the cancellations, though estimates run into the hundreds of thousands.

Southwest’s chief executive, Bob Jordan, told reporters on a call last week that Southwest would accelerate improvements to its systems, but he would not say how quickly it would act. The airline may provide more detail in the days and weeks ahead — Southwest is scheduled to report its complete financial results for the fourth quarter of 2022 at the end of this month. The carrier’s net income in the first nine months of 2022 was $759 million.

The ongoing cost to the airline will also depend on how many people file claims for reimbursements and how generous or stingy Southwest is in paying claims.

To understand how costs can add up, consider the case of the Horter family.

After their travel plans were upended last week, Julie and Len Horter spent hours trying to reschedule their flight over the phone and at the airport. They salvaged the trip, but not before spending $300 on car rentals and a hotel. The amount could be even higher if the couple decide to claim the money they forfeited by taking extra time off work.

They were taking their 14-year-old daughter, Adeline, from their home in Michigan to Los Angeles, where she and her high school marching band performed in the Rose Parade, Ms. Horter said. Now, the couple hope that Southwest will make good on its promise to reimburse them for their extra expenses.

“This was a once-in-a-lifetime opportunity, and we were not going to miss it,” Ms. Horter said.

While Southwest’s holiday debacle was unique in its scale, the company has faced other, smaller meltdowns.

In October 2021, for example, the airline canceled 2,500 flights over a holiday weekend, or about one-sixth as many as it did last month. In securities filings, the company said that episode had cost it about $75 million, including the price of refunds and other efforts to do right by customers.

Southwest has said it could take some time to process and pay claims for unused tickets, lodging, meals or alternate travel arrangements from its holiday cancellations. But it has begun trying to appease customers in other ways. The company said this week that customers whose flights were canceled or significantly delayed would receive 25,000 in frequent-flier points, which are worth about $300, according to Southwest.

One cost that is very hard to estimate is how much Southwest might now spend on upgrading its processes, including the one for scheduling pilots and crews. That system became overwhelmed as flight cancellations piled up and turned what might have been a manageable disruption into a catastrophe.

Southwest said it had already taken some steps to modernize the system, but analysts said the company would probably be forced to speed up those investments. Upgrading complex operations and software systems, many of which use old technology and are built and modified over many years, is always expensive and difficult. Doing so under pressure can be even more so.

“You’re looking at a fairly substantial hit in what is already an inflationary environment,” said Scott Forbes, an aerospace and defense industry analyst at Jefferies.

Southwest has the wherewithal to invest. It has long had lower debt and been more consistently profitable than other large airlines. Southwest has never sought bankruptcy protection, unlike several of its biggest competitors or their predecessor airlines.

Southwest said in a statement that it had regularly issued quarterly dividends over more than 40 years, all while “balancing the needs of our valued employees, customers and shareholders.”

Like other airlines, Southwest has not disclosed how much it has spent on upgrading its technology in recent years. But because of the scheduling system’s role in the recent debacle, that may change.

When Southwest reports its quarterly financial results on Jan. 26, “I’d imagine they get a bit more specific about what they’re prioritizing, what they’re working on next,” said Christopher Raite, an analyst at Third Bridge, an investment research firm.

The company may also feel compelled to disclose more about its operations and plans to appease regulators and lawmakers.

Senator Maria Cantwell, the Washington Democrat who leads the Commerce Committee, which oversees the transportation industry, said this week that she had spoken with Mr. Jordan, the airline’s chief executive, and planned to hold hearings on how to strengthen consumer protections and airline operations.

Pete Buttigieg, the transportation secretary, said his agency would closely monitor Southwest to ensure that it compensated affected passengers appropriately.

In a securities filing last year, Southwest warned that it could face regulatory penalties if it was “unable to timely or effectively modify its systems.”

Perhaps the most important group of people Southwest needs to win over are travelers like Gregg Saunders.

Mr. Saunders, his wife and their two children were visiting family in Connecticut when they found out that their Dec. 28 return flight to Denver had been canceled. After considering a Frontier Airlines flight with a long overnight layover, they drove home. Mr. Saunders estimated that his family had spent $900 on a rental car, gas, lodging, food, parking and tolls.

He said his family had been loyal to Southwest because of frequent-flier perks like the right to take a companion along on flights for free and the airline’s strong presence at Denver International Airport. He has faith that the company will do right by its customers.

“Everybody makes mistakes — stuff happens — but you’ve got to make it better for people, to fix it or say you’re sorry,” Mr. Saunders said. “I think Southwest is doing that, so, yeah, we’ll still keep flying them.”