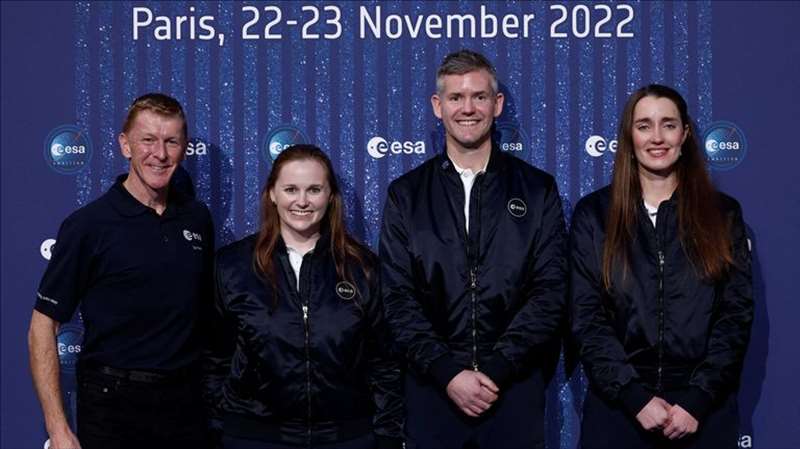 Once it was Shackleton in Antarctica or Hillary on top of Everest that inspired wonder. Now it’s the space men and women who are finding new frontiers.

Astronauts always insist they’re not extraordinary. But they are.

They’ve taken risks the rest of us can barely comprehend, gazed god-like on our beautiful planet and turned the alien environment of microgravity into just another day in the office.

They are the explorers of our day. Once it was Shackleton in Antarctica or Hillary on top of Everest that inspired wonder. Now it’s the space men and women who are finding new frontiers.

The rest of us, let’s face it, who have little chance of making the grade, can still enjoy the ride. They are our proxy, and through them we are spellbound.

He’s already proved himself on the track, winning the 100m bronze in the Beijing Paralympics.

Now he will be part of a programme to test the feasibility of people with a disability working in space.

As Tim Peake told me, all astronauts are disabled to some extent by micro-gravity and being an amputee may not be the problem it was once thought to be.

Major Tim’s mission to the International Space Station (ISS) was seen as a huge success.

It wasn’t just the 34 different experiments that he was involved in. It was also what it meant back in Britain.

More than 33 million people engaged with his orbital adventure, more than a fifth of schoolchildren were involved in mission-related educational activities and public appreciation of just how important space was to the UK economy jumped.

The new astronauts can dream of going further – to the moon and beyond.

But they don’t yet match a human’s eye and curiosity.

That’s why there is a strong argument for sending humans to explore new worlds.

The ESA needs to work out why people from ethnic minority backgrounds aren’t making it through the selection process. All of the astronauts are, once again, white.

Extra-terrestrial exploration is for the good of humanity. And it’s right that humanity is properly represented.