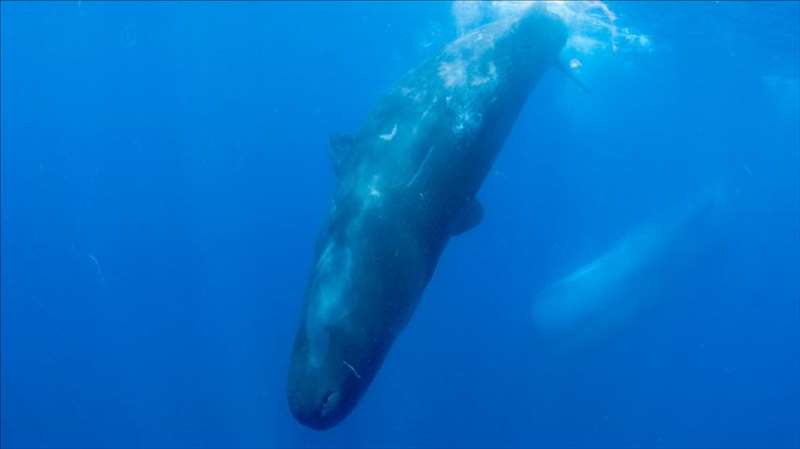 A study finds the more experienced animals would teach the younger ones how to flee or swim upwind from the hunters.

Sperm whales who were being hunted by whalers in the 19th century adapted their behaviour and learned defensive measures to avoid harpoons, a new study has found.

Researchers made the discovery after examining digitised logbooks of American whalers which detail how many sperm whales were sighted, struck and processed.

This dramatic decrease led the study’s authors to conclude that the whales were sharing their experiences with each other and learning to change their behaviour.

“Encounters with whalers typically lasted hours, and sperm whales through their echolocation and communication systems can probably sense and coordinate behaviour over ranges of several kilometres,” the study said.

The team, which includes Dr Luke Rendell, from the University of St Andrews, said the whalers themselves were writing about the defensive methods they believed the mammals were using, “including communicating danger within the social group, fleeing – especially upwind – or attacking the whalers”.

They also highlighted that if the animals could adapt their behaviour to avoid threats by humans 200 years ago, then perhaps they could do the same in the 21st century when our oceans are facing their biggest challenges.

“The ability of sperm whales, or potentially other species, to rapidly change behaviour in the face of a new anthropogenic threat by making use of social learning has implications for the population significance of new threats, and their assessment,” the study said.

Sperm whales have the largest brain of any animal on the planet and this study shows they had the intelligence to know what was happening to them.

Commercial whaling began in the Atlantic in the late 1700s and early 1800s and hundreds of thousands were killed.

It soon spread to the Pacific and Arctic oceans and continued through the 20th century with millions more dying.

Most whaling was banned in the 1986 but Iceland and Norway continue to commercially hunt and Japan also kills whales under the guise of “scientific whaling”.