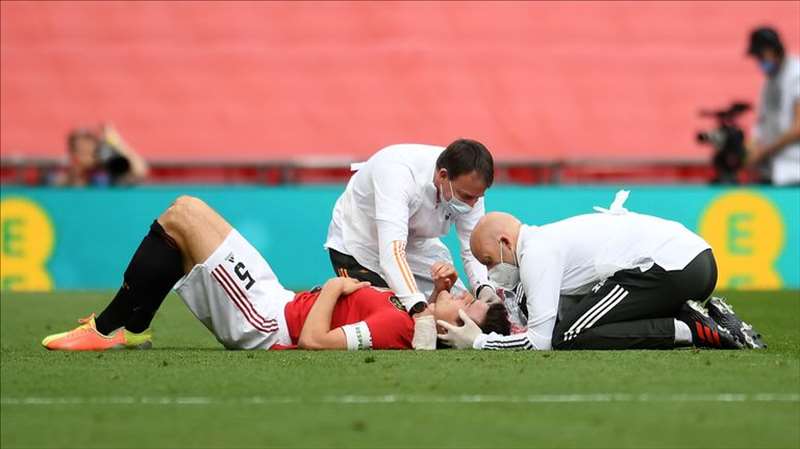 People who sustain head injuries in their 50s or younger can suffer from significant impacts to the health of their brain in later life, according to a new study led by University College London.

The research involved 502 participants aged 53 – 21% of whom said they had suffered a substantial head injury.

When aged about 70, the study found all those who had previously been knocked unconscious performed slightly worse than expected on cognitive tests for attention and quick thinking.

Lead author Dr Sarah-Naomi James told Sky News: “We found that people who had a head injury had worse performances in memory tests, some tests on processing and speed and thinking. We also found some differences in the structure of the brain – so we were able to look at lots of different measures of brain health and the measures that were affected and linked with head injuries were structural changes.”

Dr James added: “It looks like head injuries can make our brains more vulnerable to the normal effects of ageing. We have not found evidence that a head injury would cause dementia, but it could exacerbate or accelerate some dementia symptoms.”

The study involved participants of the UK’s longest-running cohort study, the MRC National Survey of Health and Development Cohort, which has been following participants since their birth in the same week in 1946.

Joint senior author Professor Nick Fox said: “Serious head injury can have immediate devastating effects, but what is becoming increasingly clear is that less severe but repeated head injuries – such as those sustained in contact sports – can have an effect on brain health many years later.

“Our study shows that, even in the general population, a head injury sufficient to cause a loss of consciousness can subtly affect cognition in later life. It has never been more clear that we need to do all we can to protect our brains from injury throughout our lives.”

The research adds to the growing body of evidence showing that head injuries – particularly suffered in sport – can lead to brain damage.

His daughter Donna Marquis told Sky News she is convinced trauma to his head during games played a huge part in his death: “In the era of the old brown leather footballs – my dad always used to say heading one of those when wet was like heading a lump of concrete.

“So, if you can imagine just hitting your head against a brick wall. However many times a game that he would do that and everybody used to say they’d never seen anybody heading a ball as hard as that.

“It is obvious that is what eventually killed him – the thing that he loved most in the world – killed him.”

Lauren Pulling, CEO of The Drake Foundation, which funds research on head impacts in sport, said: “These new findings add to the growing evidence base showing that head impacts can have tangible, long-term effects on the brain.

“With this in mind, and in addition to further research, it is essential that sport’s governing bodies take note and use a common sense approach to universally minimise players’ risk of head injury, right through from grassroots to elite levels.”

Dr Susan Kohlhaas, director of research at Alzheimer’s Research UK, hoped the findings would help to better understand treatments for those who suffer head injuries. She added: “This study has shown a really important link between traumatic brain injury early in life and cognitive performance later in life, but we don’t quite understand why that is and what the mechanism is.

“So, future studies need to really focus on the mechanism, so that we can understand what’s underlying these brain changes, and hopefully in future be able to treat them and I think their future studies also need to help us determine how best to treat people who have experienced traumatic brain injury as well.”