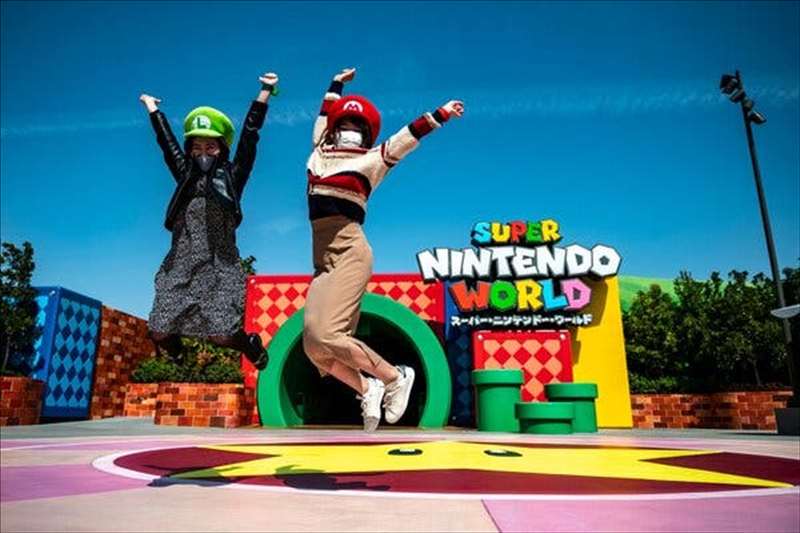 Super Nintendo World opened in Osaka, Japan, months after initially planned and with everyone clad in masks.

After a year of pandemic life, many people need an escape. On Thursday, thousands in Japan found one in the fantasyland of the Mario Bros.

A theme park, Super Nintendo World, opened at Universal Studios Japan in Osaka, ending months of delays and testing the proposition that people will want to gather in large numbers while the coronavirus is circulating to race in a Mario Kart or punch question mark blocks.

The authorities said they were taking steps to prevent the spread of infections. The park’s capacity is limited to 10,000 people. Guests have their temperature taken upon entering, and they must wear a mask, wash their hands frequently and maintain a distance from others.

The opening was the latest sign that the world is beginning to creep out from behind the pandemic’s closed doors, either as vaccinations increase and the virus is being subdued, or as people simply tire of forgoing the usual pleasures of life.

Japan has been spared the worst of the virus’s effects, with fewer than 9,000 reported deaths. But an inoculation campaign is barely underway, so the Nintendo park faces months of operation before the population reaches a level of herd immunity.

The park was originally set to open last summer, in time for the Tokyo Olympic Games, but the date was pushed to February. (The Olympics, too, were postponed.) The opening was again delayed after a rash of coronavirus cases in the Osaka area prompted the authorities to declare a state of emergency. That declaration was lifted on March 1.

Now, Mario fans can make their way through the familiar green warp pipe at the park’s entrance and emerge into a realm of snapping Fire Piranha Plants and hopping mushrooms, as the 8-bit anthem of the Super Mario Bros. theme song ploinks in the background.

For now, the only visitors are those already in Japan. The country’s borders have been closed to nonresidents for months.

“Once the pandemic subsides, I hope everyone around the world will come and visit us. We are waiting for you,” Shigeru Miyamoto, the creator of the Mario franchise and a game director at Nintendo, said during the opening on Thursday, donning the character’s signature red hat.

The opening of the park follows the introduction of The Wizarding World of Harry Potter, a themed area inside the Universal Studios parks in Japan, Florida and California. It is among the first permanent attractions in the world to be based on a major video game franchise. Super Nintendo World parks are also planned in the coming years in Singapore and the United States.

“Because it’s coming straight from the imagination of Shigeru Miyamoto, it really brings the atmosphere of Super Mario Brothers into the real world,” said Robert Sephazon, a game developer based in Japan who has visited the park.

“Although it’s a bit of escapism, and it does really work,” he added, the pandemic never fully disappears, with masks and hand sanitizing to ensure that shared touch screens do not present a danger.

“I couldn’t tell which world I was in, a virtual or a real, as it’s so well created,” said Moe Ueura, a 31-year-old high school teacher from Hyogo Prefecture who attended the opening ceremony.

While fans rushed through the site on Thursday, others, both overseas and in Japan, expressed sadness that it might be some time before they, too, could escape into the world of Mario.