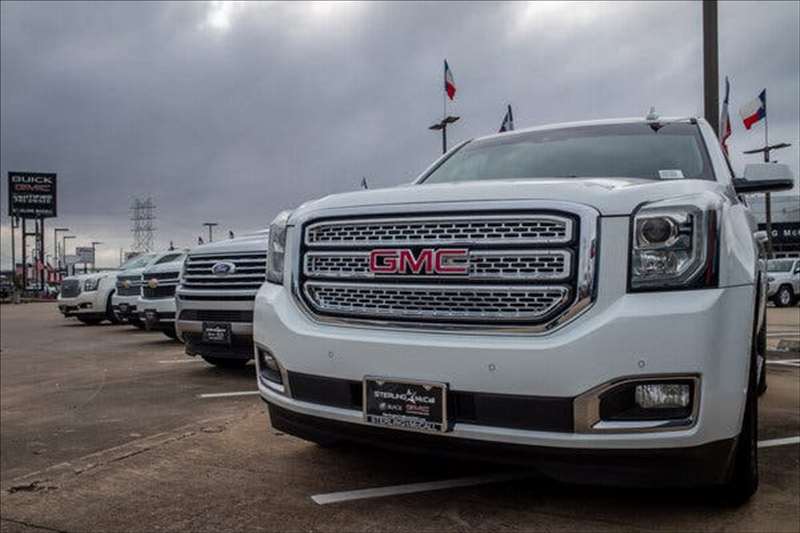 A global semiconductor shortage is easing, which could allow carmakers to lift production this year. But higher interest rates could keep sales low.

Last year, sales of new cars and trucks fell to their lowest level in a decade because automakers could not make enough vehicles for consumers to buy. This year, sales are likely to remain soft, but for an entirely different reason — weakening demand.

The Federal Reserve’s interest rate increases, which are intended to slow inflation, have made it harder and more expensive for consumers to finance automobile purchases, after prices had already risen to record highs.

Analysts expect that higher rates and a slowing economy will force some U.S. shoppers to delay car purchases or steer away from showrooms altogether in 2023 even if automakers crank out more vehicles than they did last year because they can get more parts.

“For over a decade, low interest rates have helped people buy the big cars that Americans like,” said Jessica Caldwell, executive director of insights at Edmunds, a market research firm. “Low rates from the Fed are what made those attractive offers for zero-percent financing and 72-month loans possible, but with the higher rates, it’s a pretty unfriendly market for people buying a car.”

Analysts expect the industry will have sold fewer than 14 million light trucks and cars last year in the United States once large automakers have reported their deliveries for the year. That would be a decline of more than one million from 2021. Before the coronavirus pandemic, the industry typically sold more than 17 million new vehicles a year.

If the dour estimates are confirmed, last year’s sales total will rank as the lowest since 2011, when the industry had only just begun recovering from the financial crisis and sold 12.7 million new cars and trucks.

“It seems likely that rising interest rates are now constraining demand in the retail auto market,” Charles Chesbrough, senior economist at the market researcher Cox Automotive, said in a statement. “With record-high prices and elevated loan rates, the pool of potential new-vehicle buyers is shrinking.”

Stellantis, the company formed through the merger of Fiat Chrysler and Peugeot, said its U.S. sales fell 13 percent in 2022. Honda reported a drop of by 33 percent, and Nissan’s sales fell 25 percent. A main reason was the continuing shortage of computer chips, which forced manufacturers to slow or halt production at times over the last two years and left dealers with few vehicles to sell.

Toyota Motor, the world’s largest automaker by number of vehicles sold, said on Wednesday that its U.S. sales fell about 10 percent, to 2.1 million vehicles in 2022. But in an indication that the supply of chips and other parts improved toward the end of the year, the company said sales in the fourth quarter jumped 13 percent from a year earlier.

Another company that did relatively well was Hyundai, the South Korean automaker that sells cars under the Hyundai and Kia brands and that has also made a big push into electric vehicles. It’s full-year sales fell just 2 percent, and its fourth-quarter deliveries jumped 29 percent.

Sales were strong for electric vehicles and for companies that specialize in that fast-growing business.

And Rivian, a smaller electric vehicle company, said on Tuesday that it fell several hundred vehicles short of its goal of producing 25,000 trucks, sport utility vehicles and vans in 2022.

Ford Motor is expected to report its sales on Thursday.

Automakers have been hampered by forces beyond their control for much of the past three years. The pandemic forced them to idle factories for two months in 2020. Then, starting in early 2021, they had to limit production because of the chip shortage.

The shortage has eased, and dealer inventories have improved but remain below normal levels. G.M. said its dealers had 410,000 cars in stock, about half the number before the pandemic.

Many automakers are also struggling to acquire enough batteries for their electric cars and trucks. Some people have been waiting months to buy certain models, like Ford’s F-150 Lightning and G.M.’s Hummer pickup trucks.

Many consumers who want to buy new vehicles are also staying away from showrooms because the chip shortage has pushed prices higher. The Fed interest rate increases have also effectively made cars more expensive because many people must borrow money to buy a new vehicle.

According to Edmunds, U.S. consumers on average paid $47,681 for new vehicles in November, the most recent month for which data is available. That was a record high and up from $45,872 in November 2021. And the average monthly payment on car loans rose in the fourth quarter to $717 from $659, Ms. Caldwell said.