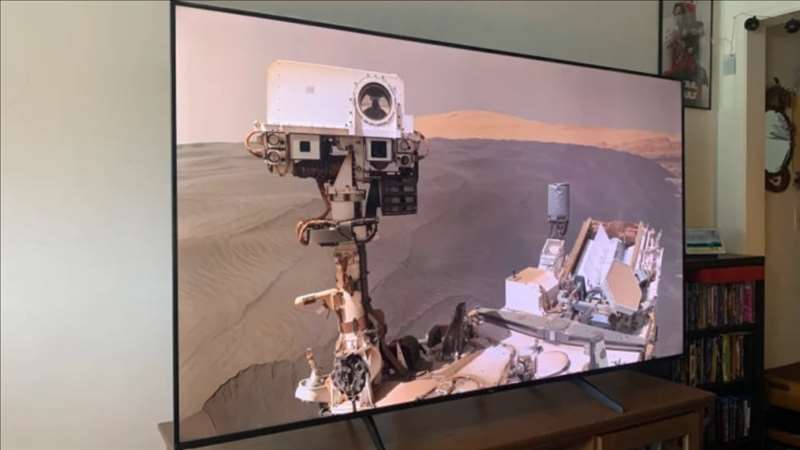 These two budget TVs deliver great performance, but which should you buy?

Before any sales, the TCL 5-Series offers better value for the price.

Generally speaking, both the Hisense U6H and TCL 5-series are on the value end of the TV price spectrum. The U6H is Hisense’s budget line, while the 5-Series is a step above TCL’s. Both companies offer 50-, 55-, 65-, and 75-inch models.

Here are the MSRP for the different sizes in each model series.

Hisense has the tendency to cut prices a good bit after release, and that’s true for the U6H as well. All sizes can generally be found for $100 under these prices, and sometimes for even deeper discounts.

TCL’s MSRP, on the other hand, is cheaper for each size, except for the 75-inch where they match. As with the Hisense, all sizes can be found on sale—usually for between $50 and $100.

It’s an easy win for TCL, but definitely keep an eye out for any sales.

The brightness and color accuracy of the 5-Series is slightly better.

The Hisense U6H has a bright image, with a contrast ratio that allows for fairly deep, inky blacks. It has rich, accurate colors, especially with reds and greens. Overall performance with HDR isn’t as impressive, however. There just isn’t much visual difference between SDR and HDR. There’s also some noticeable motion blur, and if you’re watching 1080p content from a Blu-ray or PlayStation 4, it looks softer than the same content on some other TVs.

The TCL 5-Series is just a little better in every performance metric. It’s bright for the price—brighter than the Hisense—which allows for more impressive performance with HDR content. The colors are just ever so slightly more accurate, and the contrast ratio is great for a LED LCD. The only real issue is some noticeable blooming. This is when you’re watching a mostly dark image, but one portion of the screen is bright (a streetlamp on a dark street, for example). On the TCL, like most lower-end local-dimming LCDs, there’s an artificial halo of higher black levels around the bright object. Not ideal, but not worse than we’ve seen on comparable models.

For its added brightness and accurate colors, this category goes to the TCL.

The Hisense U6H has almost all the same design features as the 5-Series.

There’s not too much going on, design-wise, between the U6H and the 5-Series. Both have thin bezels and small feet for placement on a tabletop. Take away the logos and most people would find it hard to tell them apart.

The 5-Series’ Roku OS, as well as its support of AMD FreeSync across all sizes, gives it the edge.

Before we discuss the features that set the U6H and 5-Series apart, let’s take a look at those they share.

As far as the headline features go, they’re pretty similar. The biggest difference in this category is the streaming platform. The Hisense is all-in on Android, or specifically, Google TV. While not the easiest to use platform, it’s better than most. It includes all the most common streaming apps, like Netflix and HBO, along with myriad lesser-known options.

TCL runs on Roku OS. We love Roku as a streaming platform for its ease-of-use and endless streaming service options. If it’s streaming, there’s a pretty good chance you’ll find it on Roku.

And while both TVs support ALLM and VRR, the TCL is also better aimed at gamers with its support of AMD FreeSync across all sizes (the Hisense only supports it with the 50-inch size). This one goes to TCL.

The 5-Series beats its competitor based on most metrics.

The Hisense U6H is a great TV, with a bright, colorful picture. We like Google TV as a streaming platform, and the price is good for the sizes offered.

However, in each case the TCL 5-Series bests the Hisense. It’s brighter, has more accurate colors, and we prefer Roku OS over Google TV. All this for prices generally lower than Hisense.