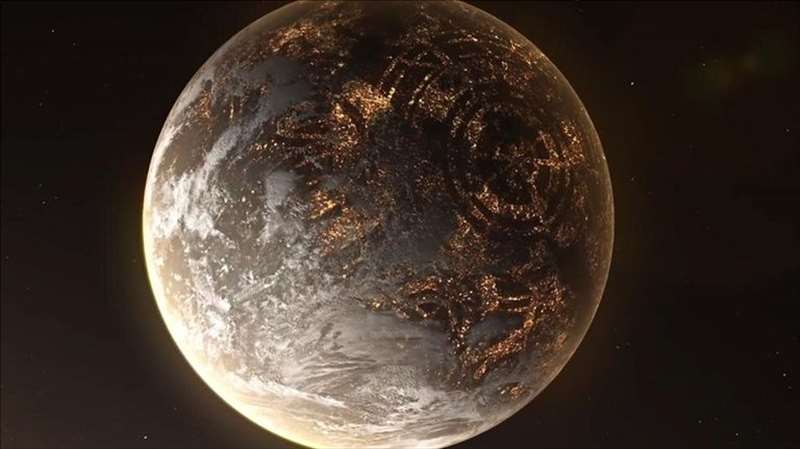 A new research paper has suggested a range of clues which scientists could use to detect civilisations on distant planets.

To date the search for alien life has been based on biosignatures – molecules or isotopes which would indicate the presence of ancient life – but new features could be the focus for this search in the future.

Searching for extraterrestrial intelligence has been a focus of mankind for more than a century, with astronomers in the early 1900s suggesting humanity might contact Martians using radio signals.

The US even held a period of national radio silence in August 1924 as Mars and Earth’s orbits brought them closer together than usual – with military cryptographers called upon to translate any received messages. Of course, there were none.

We now know that Mars is barren, although it once held water, and our search there – including with the new Perseverance rover – is limited to signs of life that would now be long extinct.

However alien civilisations may yet be flourishing in solar systems other than our own, and a new scientific paper from a researcher at the Instituto de Astrofisica de Canarias (IAC) includes several “technosignatures” that could indicate the presence of these civilisations.

Based on proposals developed by a meeting of experts, and published in the journal Acta Astronautica, the researchers suggest that NASA could in the future search for planets that exhibit the signs of industrial pollution in their atmospheres.

Alien civilisations could also inhabit planets surrounded by large swarms of satellites, or potentially protected by gigantic space engineering work, such as heat shields to fend off climate change.

Another hypothetical technology – a Dyson sphere – could be detected to capture the energy from a local star.

“Some of the proposed searches look very far in space, across our galaxy and even beyond, while others aim at scanning our own solar system in search for probes that might have been sent here in a distant past,” the researchers note.

The study also includes a new way of classifying technosignatures as a function of their “cosmic footprint”, or how conspicuous they would be at the kind of distances expected to lie between us and our nearest thinking neighbours.

“We have no idea whether intelligence is something very common in the universe or, on the contrary, whether it is extremely rare,” explained Dr Hector Socas-Navarro.

“For that reason we cannot know whether these searches have any chance of success. There is no choice but to search and see what we find, because the implications would be tremendous.”