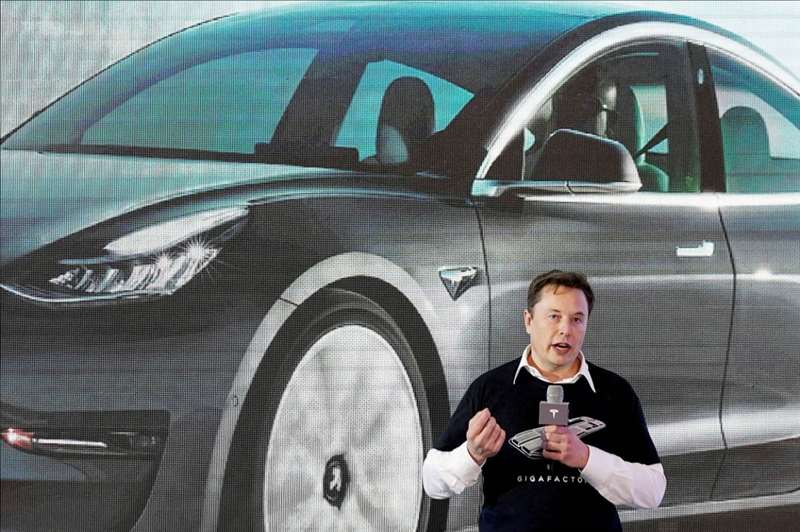 Tesla also chopped its ask for the base version of its flagship Model 3 in China by 10% to the equivalent of about $33,575. The Model 3 is currently about 30% more expensive in the US.

Tesla also cut prices for vehicles in Japan, South Korea and Australia as it attempts to boost demand and head off increased competition in the electric vehicle market. The company had previously lowered prices as recently as October.

The latest cuts were unveiled days after Tesla spooked investors by reporting fourth-quarter vehicle delivery numbers that fell short of Wall Street’s expectations. The 405,278 vehicle deliveries were an internal record but was still below the 432,117 that analysts expected.

In a post on the Chinese social media platform Weibo, Tesla executive Grace Tao said the discounts were the result of engineering innovations and calls from Beijing to boost economic development.

Tesla executives have grappled with months of supply chain difficulties, especially in China, where a surge in COVID-19 cases forced the company to temporarily shutter production at a key manufacturing plant in Shanghai. Production is expected to be limited through January.

Elsewhere, Tesla investors have grown irritated as Musk devotes more of his time and energy to running Twitter. Analysts say Musk’s controversial moves at Twitter, including rounds of layoffs, cost-cutting measures and an overhaul of the site’s verification process, have become an overhang on Tesla’s stock.

Last week, several Wall Street firms cut their price targets for Tesla in response to the lukewarm delivery report. Tesla’s quarterly numbers are closely watched because they are the closest indication of actual unit sales disclosed by the company.

“Demand overall is starting to crack a bit for Tesla and the company will need to adjust and cut prices more, especially in China which remains the key to the growth story,” Wedbush analyst Daniel Ives said in a note to clients.