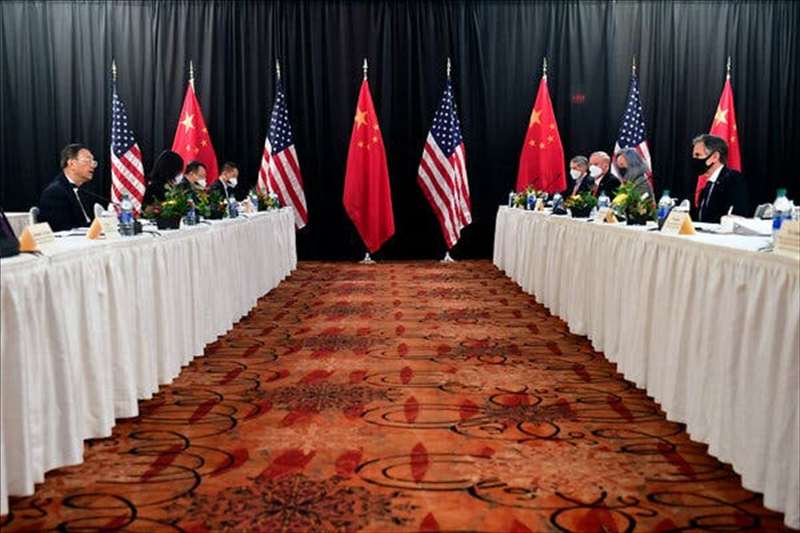 Washington lawmakers, lobbyists and other parties have been vying to influence how the Bureau of Industry and Security, under the Biden administration, will approach a technology relationship with China.

WASHINGTON — As tensions between the United States and China escalate, a little-known federal agency is at the center of a debate in the Biden administration about how tough an approach to take when it comes to protecting American technology.

The Bureau of Industry and Security, a division of the Commerce Department, wields significant power given its role in determining the types of technology that companies can export and that foreign businesses can have access to.

In recent months, Washington lawmakers, lobbyists and other interested parties have been vying to influence how the agency, under the Biden administration, will approach a technology relationship with China that is both crucial for American industry and national security.

China hawks, including a collection of national security experts, congressional Republicans and progressive Democrats, say that in the past, American industry has held too much sway over the bureau. They have been pressing the administration to select a leader for the agency who will take a more aggressive approach to regulating the technology that the United States exports, according to people familiar with the discussions.

Their opponents, including some current and former Commerce Department employees, and many in industry and Washington think tanks, caution that putting a hard-liner at the helm could backfire and harm U.S. national security by starving American industry of revenue it needs to stay on the cutting edge of research and encouraging it to relocate offshore.

“It’s a very complicated relationship between the economic and national security interest,” said Lindsay Gorman, a fellow for emerging technologies at the German Marshall Fund. “The fine line the Commerce Department has to walk is protecting against national security risks that may not be top of mind for the industry in the short run, without killing the golden goose.”

The bureau’s powers became clear during the Trump administration, which wielded its authority aggressively, though somewhat erratically, using the agency to curb exports of advanced technology goods like semiconductors to the telecommunications company Huawei and other Chinese businesses. It weaponized the bureau’s so-called entity list, adding hundreds of Chinese companies to a list that blocks exports of American products to companies or organizations that pose a national security threat.

“The future lies in who can, in fact, own the future as it relates to technology, quantum computing, a whole range of things, including in medical fields,” Mr. Biden said.

The complication stems from China’s position as both the largest export market for many multinational companies, and America’s biggest acknowledged security threat.

But critics say the bureau has given companies and industry groups too much influence over its regulatory process and failed to adopt to the new realities of global competition.

“The industry viewpoint has been the commerce viewpoint since the fall of the Soviet Union, and they’re not able to make the adjustment that the world has changed,” said Derek Scissors, a resident scholar at the American Enterprise Institute who advocates stronger export restrictions.

“The industry capture is not, in my view, industry saying, ‘Hey, meet me at the Jefferson Memorial and I have a suitcase of money for you.’ It’s that these guys have been trained for 30 years to think that exports are good for America and that’s that,” Mr. Scissors said. “So surprise, they don’t want tighter export controls.”

But distancing the bureau from industry may have repercussions, too. Critics say that without the guidance of industry on complex technological issues, regulations can easily backfire, harming the American economy while doing little to combat security threats from China. And any policy that hamstrings innovation could in turn hold back the American military, which acquires most of its technology from the private sector.

John Neuffer, the chief executive of the Semiconductor Industry Association, said that China accounted for about one-third of his industry’s revenue, and that it would be “disastrous” for semiconductor companies to not have access to such a huge and growing market.

“When you start cutting off capital profits that can flow into R&D, many of them coming from the huge Chinese market, you really undermine our ability to stay at the tip of the spear in terms of semiconductor innovation,” Mr. Neuffer said.

“The sense of urgency in recent years inclined our leadership to make decisions without reference to what industry thought,” said Daniel H. Rosen, a founding partner of Rhodium Group. “We’re not going to serve the American interests if we don’t consider commercial interests and national security interests at the same time.”

With Ms. Raimondo sworn in to her post this month, the Biden administration is considering candidates to lead the Bureau of Industry and Security. It has become a contentious process, a kind of proxy battle among trade advisers, industry groups and lawmakers of both parties for the future of the United States’ tech strategy.

But critics have found fault with his work on behalf of industry since leaving the government, including counseling clients on what is permitted under Mr. Trump’s regulations, and trying to obtain licenses for his clients to supply products to Huawei and S.M.I.C.

Mr. Wolf said that he had merely helped companies understand the new rules, as other export control lawyers do, and that it was the Trump administration that was responsible for creating a new process to grant companies licenses to supply products to listed entities.

The administration may also be considering less prominent candidates for the bureau’s three Senate-confirmed posts, like Brian Nillson, a former employee of the Bureau of Industry and Security and the State Department, or export control lawyers like Douglas Jacobson and Greta Lichtenbaum, people familiar with the deliberations say.

Whoever leads the bureau, officials at the National Security Council are likely to play a guiding role, according to people familiar with the deliberations.