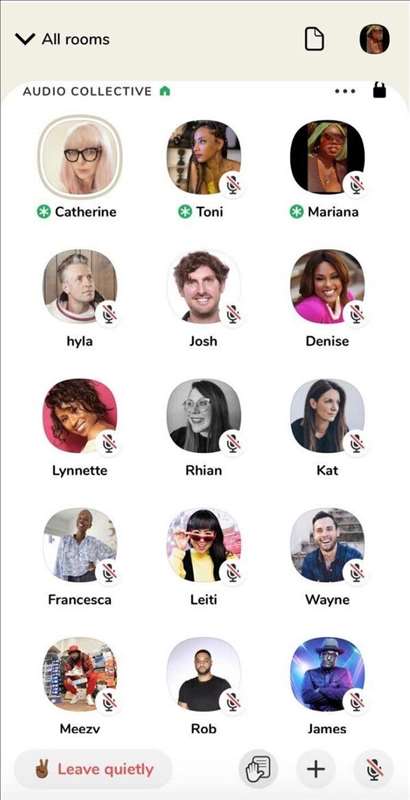 A new company called Audio Collective has launched to help build businesses on Clubhouse as brands rush to leverage the platform.

The company’s 40 founding members are creators themselves; they host talk shows, meet-ups, discussion groups and other high-profile events and command many millions of followers. Unlike podcasters, who produce edited shows, they perform for a live, interactive audience, much like streamers.

“Clubhouse will create the most powerful and impactful influencers of our time because voice is the most powerful tool to communicate people have,” said Farokh Sarmad, 26, an entrepreneur and audio creator in Montreal who is not part of the Audio Collective but has begun forming his own collaborative groups on Clubhouse.

Talent scouts, agents and marketing executives are looking to Clubhouse to find undiscovered creators and opportunities. “We’ve been able to partner creators we met on Clubhouse immediately with Fortune 10 brands,” said Lindsay Fultz, senior vice president of partnerships at Whalar, an influencer marketing agency. Creators in the Audio Collective have worked with brands like Showtime, Milk Bar and Cash App.

“Every single one of us is getting multiple requests from brands, agencies, studios, organizations,” said Francesca Hogi, 46, a creator in Los Angeles with over 323,000 followers on Clubhouse. “We’re getting approached by other creators who see we’re able to build community and innovate, and they want to partner with us.”

Rembrandt Flores, a founder of AgentC, a talent and brand agency for Clubhouse creators, said his phone had been “ringing off the hook” since launching his agency less than a week ago. “It reminds me of the days when Instagram just came out, all these agencies were born from that,” he said. “Now there’s this new medium. We have fatigue over photos and videos, so it’s quite refreshing that you don’t have to worry about that on Clubhouse. It’s so liberating. This new crop of influencers are going to rule the roost.”

As Clubhouse continues to add millions of users by the month, it has contended with complaints about hate speech, harassment and misinformation. “One of the things we’re committed to as a collective is to help set the tone of the Clubhouse community,” Ms. Hogi said. The group plans to push the company for thoughtful moderation and safety tools.

“We want people to have safe and good experiences on the platform and we continue to be the fiercest advocates for more better stronger trust and safety tools,” said Catherine Connors, 49, an audio creator in Los Angeles.

Some creators feel that the app is underselling them. When a person signs up for Clubhouse, they are prompted to follow the app’s suggested users; many of those users are investors in the app and their close associates. Audio Collective’s aim is to help elevate creative voices.

“We’re trying to build alliances together to dominate the app in a good way,” he added. “Everything people see in the rooms is an outcome of what’s happened days before in the back channels. Everybody’s forming collab groups.”

Creators from Audio Collective say they view themselves as part of a larger shift toward independent work, following in the footsteps of Instagram influencers, YouTubers, TikTok stars and Twitch streamers. “We see ourselves as building onto the broader media and creator landscape,” Ms. Connors said.

“Part of what we want to do is not just create a model of how audio can be transformed,” she said, “but also make a push forward for creator-driven culture so that this culture isn’t being shaped by the platforms and technologists, but the artists and creatives and talent.”