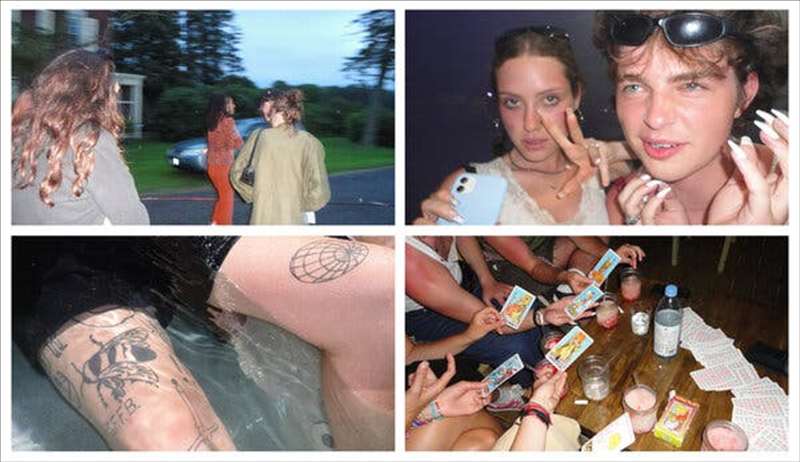 Young people are opting for point-and-shoots and blurry photos.

Kalley Huang reports on youth and technology from San Francisco. In elementary school, her family used a Sony Cyber-shot DSC-H70.

But instead of using his smartphone, Mr. Tabarez documented prom night with an Olympus FE-230, a 7.1-megapixel, silver digital camera made in 2007 and previously owned by his mother. During his senior year of high school, cameras like it started appearing in classrooms and at social gatherings. On prom night, Mr. Tabarez passed around his camera, which snapped fuchsia-tinted photos that looked straight from the early aughts.

“We’re so used to our phones,” said Mr. Tabarez, a freshman at California State University, Northridge. “When you have something else to shoot on, it’s more exciting.”

Most of today’s teenagers and youngest adults were infants at the turn of the millennium. Gen Z-ers grew up with smartphones that increasingly had it all, making stand-alone cameras, mapping devices and other gadgets unnecessary. They are now in search of a break from their smartphones; last year, 36 percent of U.S. teenagers said they spent too much time on social media, according to the Pew Research Center.

That respite is coming in part through compact point-and-shoot digital cameras, uncovered by Gen Z-ers who are digging through their parents’ junk drawers and shopping secondhand. Camera lines like the Canon Powershot and Kodak EasyShare are among their finds, popping up at parties and other social events.

This time, the poor picture quality isn’t for lack of a better tool. It’s on purpose.

Compared to today’s smartphones, older digital cameras have fewer megapixels, which capture less detail, and built-in lenses with higher apertures, which let in less light, both of which contribute to lower-quality photos. But in a feed of more or less standard smartphone photos, the quirks of photos taken with digital cameras are now considered treasures instead of reasons for deletion.

“People are realizing it’s fun to have something not attached to their phone,” said Mark Hunter, a photographer also known as the Cobrasnake. “You’re getting a different result than you’re used to. There’s a bit of delay in gratification.”

But many new point-and-shoot digital cameras come with today’s bells and whistles, and older models have been discontinued, so people are turning to thrift stores and secondhand e-commerce sites to find cameras with sufficiently vintage looks. On eBay, searches for “digital camera” increased by 10 percent from 2021 to 2022, with searches for specific models seeing even steeper jumps, said Davina Ramnarine, a company spokeswoman. For example, searches for “Nikon COOLPIX” increased by 90 percent, she said.

Zounia Rabotson’s earliest memories are of traveling and posing in front of monuments and tourist attractions as her mother pressed a button and a digital camera whirred to life. Now a model in New York City, she has returned to her mother’s digital camera, a Canon PowerShot SX230 HS made in 2011.

“I feel like we’re becoming a bit too techy,” she said. “To go back in time is just a great idea.”

“NO NO NOOOOO PLS NO, I CANT RELIVE THIS ERA,” one person commented. “I swear I’m not that old.”

But the comments by despairing millennials and people with more modern tastes were overwhelmed by those where users had tagged their friends and asked how to upload photos from their digital camera to their smartphone.

Among some Gen Z-ers, the digital camera has become popular because it appears more authentic online, and not necessarily because it is a break from the internet, said Brielle Saggese, a lifestyle strategist at the trend forecasting company WGSN Insight. Photos taken with digital cameras can impart “a layer of personality that most iPhone content doesn’t,” she said.

“We want our devices to quietly blend into our surroundings and not be visible,” Ms. Saggese said. “The Y2K aesthetic has turned that on its head,” she added, describing mirror selfies and photos where digital cameras are visible accessories as “stylistic choices.”

“When I look back at my digital photos” — from his actual camera — “I have very specific memories attached to them,” Mr. Sondhi said. “When I go through the camera roll on my phone, I sort of remember the moment and it’s not special.”

“I felt so off the grid, and it almost went hand in hand, using a camera that wasn’t connected to a phone,” she said.

When her digital camera broke last summer, Ms. Strosser said she was “so upset.” She later started using her grandmother’s Sony Cyber-shot, which had “such a different character.” Meanwhile, she said, if her iPhone broke, “I couldn’t care less.”